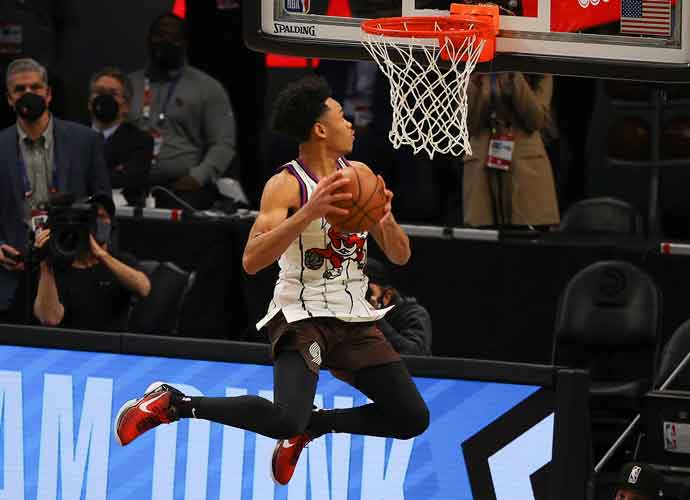 Anfernee Simons dazzled and shined during Sunday’s dunk contest. The spectacular dunks earned him the trophy for the 2021 NBA Slam Dunk Contest.

The Portland Trailblazers guard narrowly defeated the New York Knicks rookie Obi Toppin in the finals of the dunk contest to win it all. The final round voting for the slam dunk contest was altered this year. For the final round, instead of judges scoring each players’ dunk, they had to vote for a winner. The final vote was 3-2 in favor of the Portland guard.

Following being crowned the winner, Simons was congratulated by the Tennessee Titans. The Titans tweeted a photo of Simons’ dunking and the words within the photo saying, “2021 NBA All-Star Weekend Slam Dunk Champion.”

Simons is a big fan of the Titans, so it must have meant a lot to him to be tweeted at by the team he loves. One of the biggest highlight dunks by Simmons is this one where he almost kissed the rim.