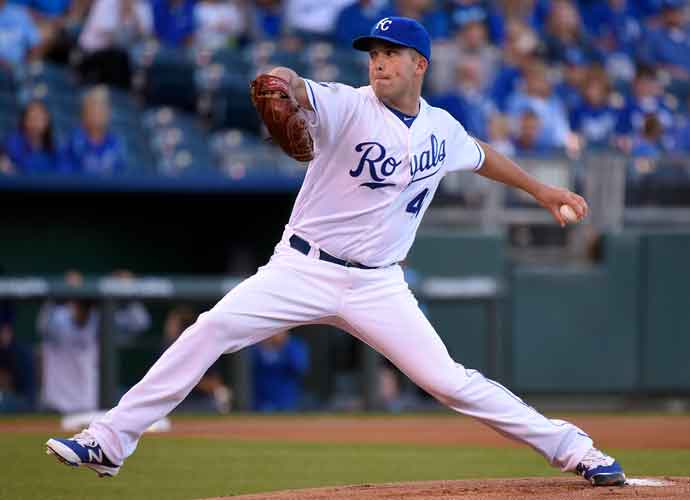 Kansas City Royals pitcher Danny Duffy has been cited for driving under the influence, according to a police report.

The Kansas City Star reported that the incident occurred Sunday night in Overland Park, Kan., just outside Kansas City. According to Kevin Kietzman of Sports Radio 810 WHB in Kansas City, Duffy was passed out, or at least asleep, in the drive-through at a Burger King.

The Royals are currently hosting a three-game series against the Tampa Bay Rays.

Royals general manager Dayton Moore released a statement regarding the infraction on Tuesday.

“We are obviously disappointed in the news we have received regarding Danny Duffy’s DUI arrest on Sunday night,” the statement read. “Danny was not part of the team traveling back from Cleveland on Sunday because he had returned to Kansas City a day earlier to undergo an MRI examination. We are still in the early stages of gathering the details, but I do know that Danny has always been accountable as a member of this organization and we expect the same accountability from him as this process moves forward. We obviously do not condone anyone driving while under the influence, but this is now a legal matter and we will allow the process to unfold and cannot comment any further.”

Duffy — the Royals’ top starter — has been on the disabled list since Saturday due to a sore left elbow. An MRI revealed no structural damage, and the team hopes to have the 28-year-old left-hander back this season.

The Royals (64-66, 3rd in American League Central) will play the Rays at Kauffman Stadium at 8:15 pm EST on Tuesday for the second game of the series. The Rays routed Kansas City 12-0 on Monday night.