Peyton Hillis Off Ventilator After Saving Kids From Drowning - uSports.org 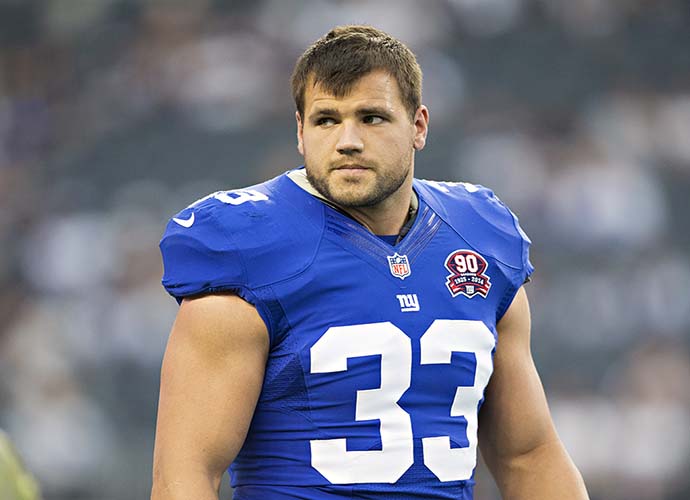 ARLINGTON, TX - OCTOBER 19: Peyton Hillis #33 of the New York Giants warming up before a game against the Dallas Cowboys at AT&T Stadium on October 19, 2014 in Arlington, Texas. The Cowboys defeated the Giants 31-21. (Photo by Wesley Hitt/Getty Images)

Former NFL player Peyton Hillis is no longer using a ventilator in the hospital after he sustained a serious injury saving his children from drowning at a beach in Pensacola Beach, Florida. His girlfriend, Angela Cole, confirmed on Instagram that he was on “the road to recovery.”

“A hero. So proud of this man and so incredibly grateful for family and this incredible hospital,” Cole said.

Hillis had been in critical condition at a Pensacola hospital since the incident on Jan. 5. With the incident surrounding Bills safety Damar Hamlin fresh in many NFL fans’ minds, there was a massive show of support for Hillis as well. His uncle, Greg Hillis, provided an update about his nephew’s status shortly after the incident on Facebook.

“I just wanted to let everyone know on Razorback Nation that Peyton is doing better,” Greg Hillis wrote at the time. “He’s still in intensive care and having some problems with his kidneys and his lungs but doctors say he is improving. I just wanted to head off any rumors that may be started. I’m sure he would want everyone to know that he appreciates all of the prayers being thrown up on his behalf!!!”

The former NFL star is well known for his breakout 2010 season for the Cleveland Browns at fullback after four years at Arkansas. He even appeared on the cover of Madden NFL 12. Medical personnel’s decision to take him off a ventilator is a sign that his breathing has improved to a point that he no longer requires as much assistance.

“Please continue to pray for he’s still got a ways ahead of him, but thank you for all of your prayers and love and support thus far,” Cole said. “It truly makes all the difference. Today was a good day.”