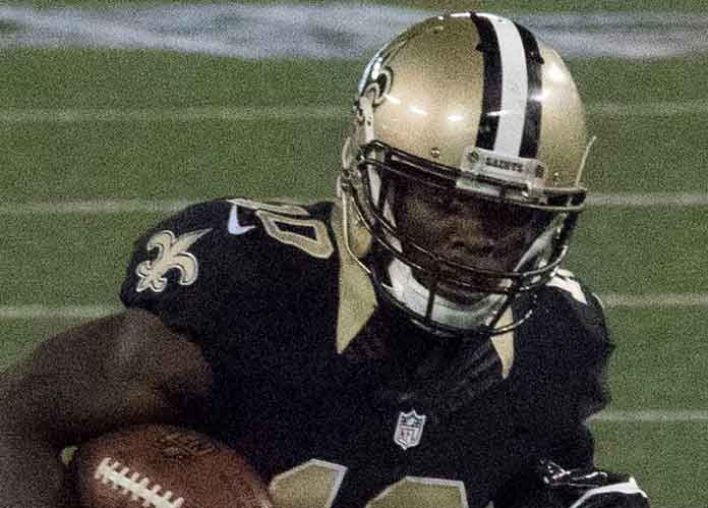 Cooks runs with the football as a member of the New Orleans Saints during an August 2015 preseason game vs. the Baltimore Ravens. (Wikipedia Commons. Author: Keith Allison)

The New England Patriots traded wide receiver Brandin Cooks to the Los Angeles Rams on Tuesday, and Tom Brady has revealed he wasn’t opposed to the swap.

Brady has been used to working with many types of receivers during his 18-year NFL career, so it isn’t particularly surprising that he is not concerned by Cooks’ departure. In exchange for Cooks, the Pats received a first-round pick in the 2018 NFL Draft. New England also reportedly sent a fourth-round pick to L.A. and received a Rams sixth-round pick as part of the exchange.

Cooks, 24, was drafted by the New Orleans Saints as a first-round pick in 2014 out of Oregon State. He recorded 65 catches and 1,082 yards last season with the Patriots, his only one with the team.

The wideout is one of just three NFL players with 1,000-plus receiving yards and five-plus receiving touchdowns in each of the last three seasons. The other two are Antonio Brown and Larry Fitzgerald.

Cooks is in the fifth and final year of his rookie deal, and is due $8.5 million. He averaged 16.6 yards per catch in his career.