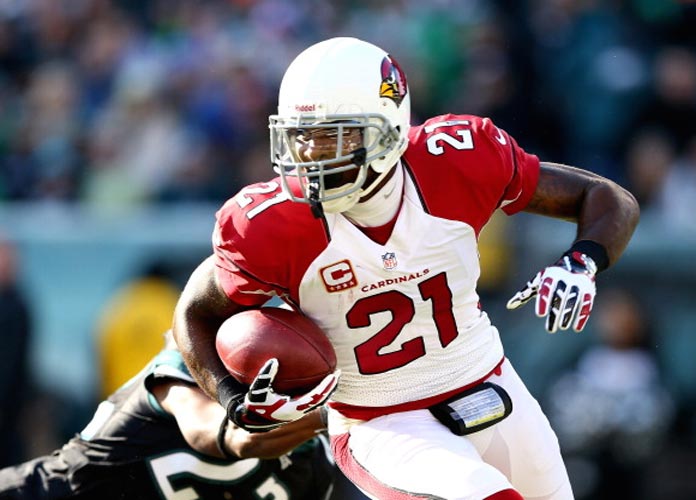 PHILADELPHIA, PA - DECEMBER 01: Patrick Peterson #21 of the Arizona Cardinals carries the ball as Brandon Boykin #22 of the Philadelphia Eagles defends on December 1, 2013 at Lincoln Financial Field in Philadelphia, Pennslyvania. (Photo by Elsa/Getty Images)

All-Pro cornerback Patrick Peterson has asked to be traded from the Arizona Cardinals by the Oct. 30 trade deadline.

League sources attest that Peterson “desperately” wants out amid a dismal season in Glendale. Despite his demands, coach Steve Wilks insists there will be no trades involving the seven-time Pro-Bowler. “We’re not trading Patrick,” said Wilks. “That’s out of the question.”

Interested teams include the Eagles and the Patriots, while Peterson’s cousin tweeted that he prefers the Saints. Athletes around the NFL have gathered to recruit Peterson, hopeful that he will be the final piece toward a Super Bowl run, or the perfect guy to right the ship.