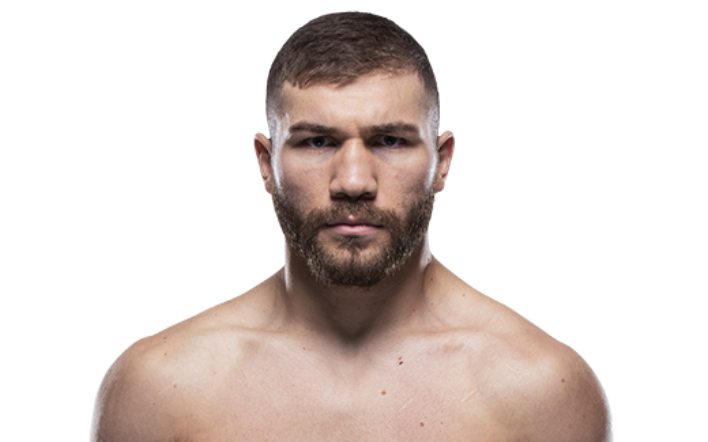 On a night where Deiveson Figueiredo displayed his dominance over fellow flyweight contender Joe Benavidez with a second round knockout, it’s difficult to overlook the fight between light heavyweights Ion Cutelaba and Magomed Ankalaev that ended abruptly after the worst referee stoppage in UFC history.

Tensions were already high before the fight started as Cutelaba walked towards Ankalaev during the introductions forcing security to separate them. When the bell rang, both fighters closed the distance and began to exchange shots at a very fast pace. Ankalaev started off strong landing a combination of head kicks and punches as Cutelaba tried to retaliate. Ankalaev threw two more kicks that were blocked before landing a left hook. Cutelaba looked wobbly on his feet but stayed engaged and threw a hard overhand right that missed followed by a left-hand jab that landed. As the jab was thrown, referee Kevin MacDonald forced himself between the two fighters and called a stop to the fight just 38 seconds into the first round. Cutelaba never fell to the canvas and was irate as he immediately protested the decision, furiously jumping up and down in disbelief.

“If you’re gonna be an inspector and your job is to be in that fighter’s corner and make sure the fighter stays in the corner, then why are you watching and standing there like a fan, and allowing this fighter to walk over? You know, you can start to walk with him. If he stops halfway, you can stop with him no problem. But as soon as he crosses that midway point, your hands start to pull him away ‘hey don’t even think about it’, and you move him back if you’re the referee. What are you doing? You’re standing in there because you’re so cool?

“You’ve got to be paying attention when both fighters are in the cage, that cage is your responsibility. As soon as one steps in, once one as one steps out, you don’t have to worry about anything. But when they’re both in there, your attention is on the fighters. So, that whole bit when they come together. That could’ve ended horribly, it didn’t, but it did about 38 seconds later.”

Frankly, MacDonald should be fired for this offense. It’s one thing if Cutelaba was taking repeated damage to the head without being able to defend himself, but in this case he started to block the last couple of kicks thrown by Ankalaev and was coming forward. It’s also possible that the Moldovan fighter was using a “rope-a-dope” technique that Muhammad Ali made famous during his prime that involved fooling his opponent by pretending to be hurt.

Ultimately, MacDonald didn’t allow Cutelaba to go out on his own shield and cost him a chance to move up the rankings in the UFC light heavyweight division at the young age of 26. Fighters train ruthlessly for these contests and most of their training camps include taxing weight cuts that can be very overbearing mentally and physically. To have all that hard work dismissed by an early stoppage is a huge disappointment.