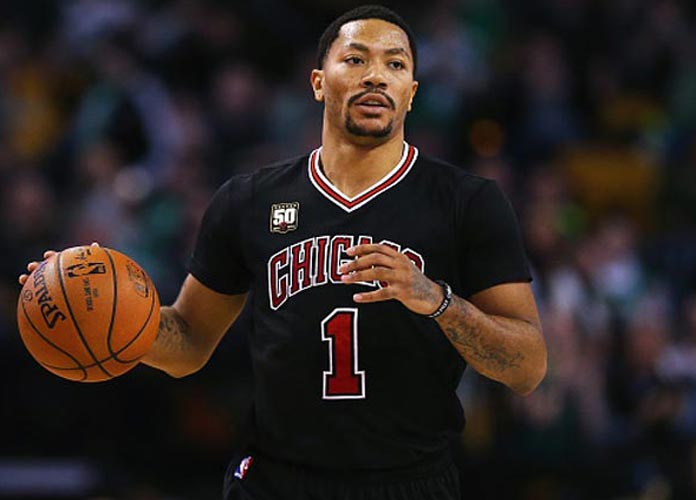 When the New York Knicks acquired Derrick Rose from the Chicago Bulls in a trade on Wednesday, many fans immediately flocked to social media sounding the horns of displeasure.

“Derrick Rose is now the NY basketball version of David Wright. Fans would be better off waiting for Godot to… https://t.co/RoH8v79YrD

But before you all prepare your brown, 20 gallon, paper bags to cover your faces, consider the possibility that this may have been a good thing for the Knicks franchise.

Rose is currently 27, turning 28 before the season begins in October, so he is no spring chicken in terms of NBA standards.

And yes, he has had a multitude of knee and leg injuries that have slowed his once blistering speed.

But consider for a second that Rose has used the time off the floor to grow as a player, watching film, studying defenses and his own highlights. Then, add him to a starting lineup that includes Kristaps Porzingis and Carmelo Anthony and consider the possibilities.

Porzingis showed flashes of his unquestioned ability in his rookie year. Now he will be one season better, stronger, more intelligent in regards to both offense and defense, and he has already been working out rigorously to improve his strength.

Team President Phil Jackson has heard his share of backlash since taking his post as New York’s basketball czar. Jackson has been criticized by many writers for looking too hard to find “his” type of player, as opposed to the best player available.

The trade for Rose signals a departure from that logic.

What Jackson understands is the same thing millions of Knickerbocker fans are unwilling to grasp: There is a window of opportunity, but it is closing fast.

As Porzingis continues to progress, there is a finite period of time for the two to be great together. Though if it were left to only those two, New York would likely miss the playoffs, let alone, muster a deep playoff run.

Newsday’s Al Iannazone spoke with Jackson this week about how the trade would affect Anthony:

“Melo and I have talked about that, whether we’re on the right time frame with him, is he disappointed or whatever,” Jackson told Iannazone Thursday. “I think this is a positive move. (Anthony) sees that as a positive move. I think it’s reinvigorating for him.”

If it were only the acquisition of Rose that was at play here regarding the future of the Knicks, there would still be concern about the other two names new head coach Jeff Hornacek would be writing into the starting five.

But with the trade, not only did New York secure a former MVP point guard, the Knicks also freed up significant cap space to land another piece.

And who is the one person who could serve as New York’s best recruiter?

You guessed it, Derrick Rose.

Reports are already swirling around rumors that Rose is deep in talks with current free agent, Bulls center, Joakim Noah.

Noah was born in New York City and went to high school in central New Jersey, giving him deep roots in the area.

Rose and Noah were spotted last night at nightclub 1Oak in Manhattan, where it is presumed D-Rose made his pitch to his former teammate.

The Knicks currently have approximately $26 million in cap space for the 2016-2017 season, that is including expected salaries for roster holdovers like Cleanthony Early, according to HoopsHype.

That money can buy a Joakim Noah, Kevin Durant, or even a DeMar DeRozan for one season.

But it gets even better.

That means the Knicks could conceivably be able to keep Rose, Melo, Porzingis and a coveted free agent on the same roster for the next three years.

“He may not be the Derrick Rose from four or five (years) ago,” Hornacek told Chris Herring of the Wall Street Journal. “But he’s still pretty darn quick.”

You hear that Knicks fans? That’s the sound of championship bells ringing in the not-to-distant future. You can almost feel the confetti trickling down upon the canyon of heroes.

Lighten up Knicks fans, the Rose trade is the best thing to happen to this franchise in years.