OPINION: Ashton Eaton Did Nothing Wrong By Wearing A Canada Hat To Support His Wife - uSports.org 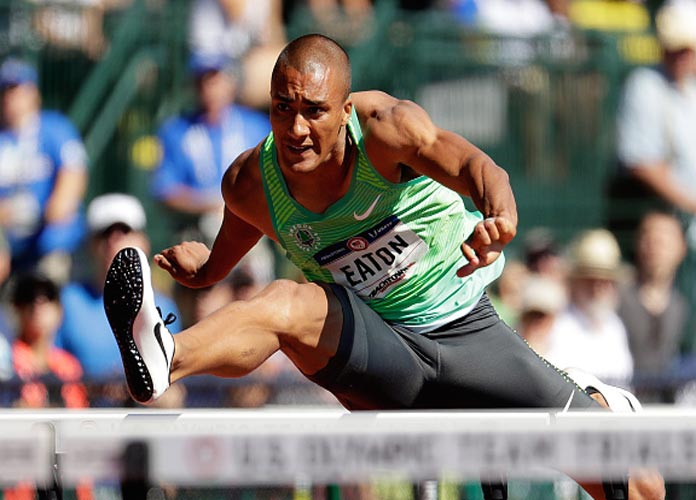 OPINION: Ashton Eaton Did Nothing Wrong By Wearing A Canada Hat To Support His Wife

Theisen-Eaton won bronze in the women’s heptathlon in Rio, and when her husband came to support her it caused quite a stir on Twitter.

This upset quite a lot of American fans, Eaton was called a “traitor” for wearing the hat and cheering for his wife. The tweet below comes from an account that seems to specialize in contrary opinions.

Ashton Eaton is a traitor

Some of the tweets are ridiculous and offer suggestions for a different slogan on the hat. The man is at the Olympics, and prior to it was training to get there, I don’t think he had time to make a custom hat. The tweet below is one of the suggestions.

How about an “I love my wife” hat or “Team Brianne” hat? C’mon @AshtonJEaton 🇺🇸 💯% for #RioOlympics2016 https://t.co/bEczNF0aWJ

Eaton responded to the tweets to portray a bigger picture view, we all come from different places but in the Olympics you only represent one country.

Have I not represented USA well? Yet u demand more. Ur respect is hard earned. I support the country that produced my wife;who ru2 shame me?

Are your grandparents from another country? Will your grandchildren be? What then? Hopefully you’ll adopt a more reasonable view.

The unfortunate lack of sportsmanship is sad. People cheering for their country is great, and yes, some of the negative support was just people searching for something negative to say, but people need to be more rational and understanding. Athletics Canada sent out a supportive tweet for Eaton, he may have lost American fans for the moment, but he’s gained all the Canadian fans for a lifetime.

.@AshtonJEaton we appreciate the support for your wife, & we’re cool with Bri supporting 🇺🇸 when you compete 👍 pic.twitter.com/9OkJ2mgB0K

The two met at Eaton’s freshman year at University of Oregon and they got married in 2013. They are an international power couple and they are in a Visa commercial together donning their respective country’s gear, a parody between U.S. and Canadian competition. The irony is that they call themselves Team North America.

Eaton won gold in the decathlon at the London 2012 Olympics and will be competing to defend his title beginning on Wednesday.

Read more about:
Ashton Eaton Brianne Theisen-Eaton Decathlon Heptathlon
Listen to the uInterview Podcast!
Get the most-revealing celebrity conversations with the uInterview podcast!