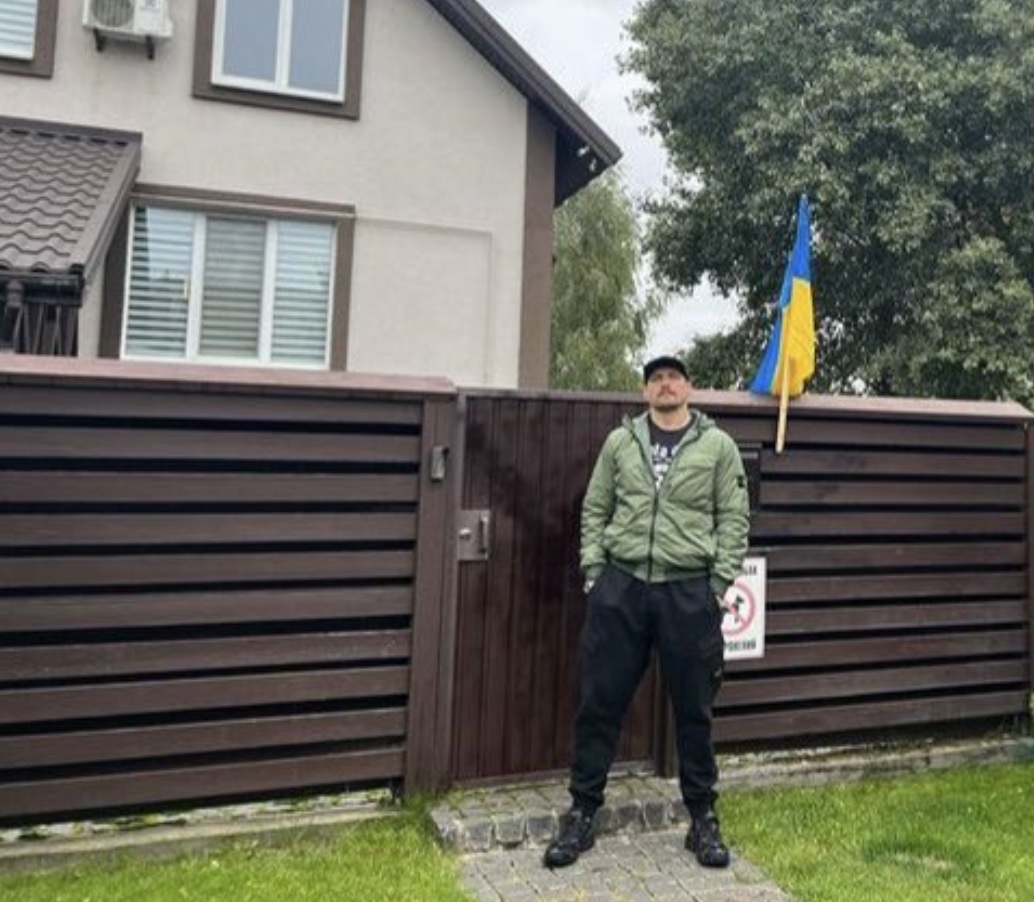 Oleksandr Usyk in front of home in liberated town in Ukraine (Image: Instagram)

Unified heavyweight champion Oleksandr Usyk shared photos of his home in Vorzel, Ukraine, on Tuesday following the withdrawal of the Russian military from the area. While they occupied the area, Russian troops destroyed and vandalized the home during a break-in while Usyk was preparing for a fight in Saudi Arabia.

Oleksandr Usyk returning to his house (that was previously occupied and trashed by Russian soldiers while he was out of the country) and raising the Ukraine flag today… pic.twitter.com/wPzxVDWwt4

The photos of Usyk and his wife, Yekaterina Usyk, in their liberated home were seen by more than a million followers, as the boxer has become an international symbol for the Ukrainian military effort. In Sept. 2021, Usyk defeated Anthony Joshua for the WBA (Super), IBF, WBO and IBO heavyweight titles. But after war broke out on the Ukrainian border in February, Usyk’s boxing career became a second priority.

After serving for several weeks on Ukraine’s territorial defense battalion, Usyk learned that the government was going to allow him to leave the country in order to train for his rematch with Joshua. He told reporters he didn’t want to leave.

Eventually, Usyk chose to leave for training, having been convinced that he could fight for his country by representing the cause abroad. In August, he successfully defended his title against Joshua, winning by split decision after 12 rounds. He also picked up the The Ring heavyweight title, which was vacated after Tyson Fury’s retirement.

The photos Usyk posted to his Instagram story on Tuesday were the first of him in Vorzel in months. In April, Usyk’s wife posted photos of their partially destroyed property featuring a scathing caption deriding Russian troops. On Tuesday, the couple stood outside their home with the Ukrainian banner flying.

Boxing Junkie reported Thursday afternoon that Usyk’s next fight may be between the winner of the match between Deontay Wilder and Robert Helenius on Oct. 15. Usyk remains undefeated in 20 career fights, including 13 wins by knockout.

Read more about:
Boxing Oleksandr Usyk Ukraine
Listen to the uInterview Podcast!
Get the most-revealing celebrity conversations with the uInterview podcast!