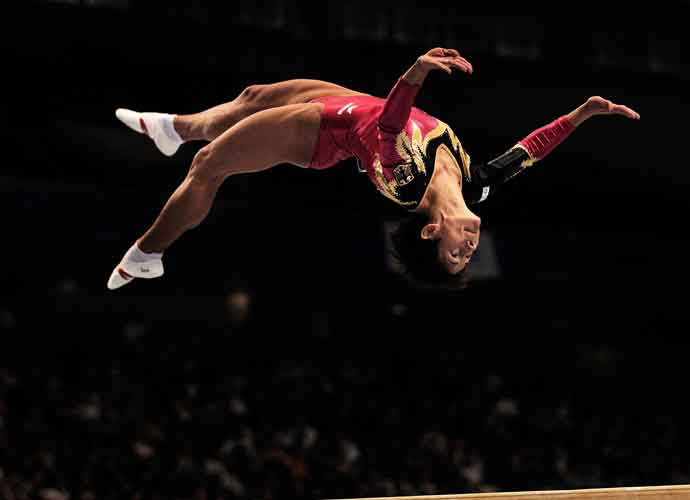 TOKYO, JAPAN - OCTOBER 08: Oksana Chusovitina of Germany competes on the Beam aparatus in the Women's qualification during day two of the Artistic Gymnastics World Championships Tokyo 2011 at Tokyo Metropolitan Gymnasium on October 8, 2011 in Tokyo, Japan. (Photo by Adam Pretty/Getty Images)

Chusovitina first competed in the Olympics in 1992, when the games were held in Barcelona. At that time Chusovitina could not compete for an official country, as the Soviet Union had been recently dissolved.

Chusovitina has represented both Uzbekistan and Germany at the Olympics. She became a German citizen in 2006, winning a silver medal for Germany in 2008.

She then transitioned to competing for Uzbekistan again in 2013. She won a silver medal at the Asian Games in 2018, setting a record as the oldest gymnast to claim a medal at the event.

Chusovitina has clearly stated that Tokyo was her final Olympic competition. “I cried tears of happiness because so many people have supported me for a long time,” she said. “I didn’t look at the results, but I feel very proud and happy. I’m saying goodbye to sports.”

The Uzbekistani gymnast received praise from a host of other Olympians. Aly Raisman of Team USA Gymnastics and others shared their appreciation for what Chusovitinia has meant to the sport.

“I don’t regret it for a single minute,” Chusovitinia said of the sacrifices she made for her incredible career.