Oakland Raiders’ Arden Key Out For Remainder Of Season With Broken Foot - uSports.org 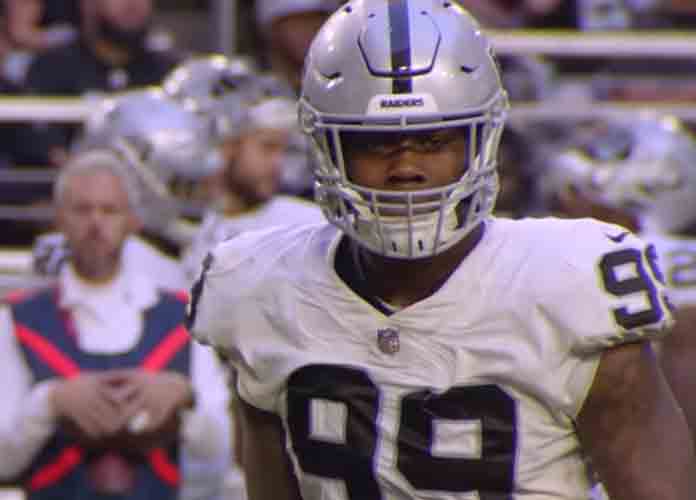 In the Oakland Raiders’ win last week over the Detroit Lions, defensive end Arden Key suffered a broken foot. He has now been ruled out for the rest of the season.

Key will seek a second opinion, per Ian Rapoport of the NFL Network.

Though not a starter for the Raiders this year, Key has certainly been impactful on the defensive side of the ball. In his rookie season for the Raiders last year, Key started ten games but only managed to record one sack. After a rigorous offseason, however, Key has really proven himself to the 4-4 Raiders, recording a sack in each of his last two games.

“I got a little stronger, which helps with the bull rush, and now that’s my [baseline] move,” Key said during training camp when asked about his offseason improvements. “So much of the credit goes to Buck (defensive line coach Brentson Buckner). I’m really starting to use my hands now. Last year, I didn’t use hands at all. I was using my shoulder and a lot of forearm. If I can use my hands to keep guys off me, I can make moves and use my bend and length and things of that sort.”

After winning a measly four games last season, the Raiders have already matched last year’s total with their 4-4 record. On the other hand, the team had only amassed 15 sacks up until recently, so Key’s production was vital to the defensive unit.

In his absence, the Raiders will rely on defensive ends Clelin Ferrell — a first-round draft pick this year (No. 4 overall) — and Benson Mayowa, who currently leads the team with 5.5 sacks so far.

The Raiders, with Jon Gruden back at the helm for his first season in a decade, will certainly miss the former LSU standout as they host the 4-5 Los Angeles Chargers next weekend.