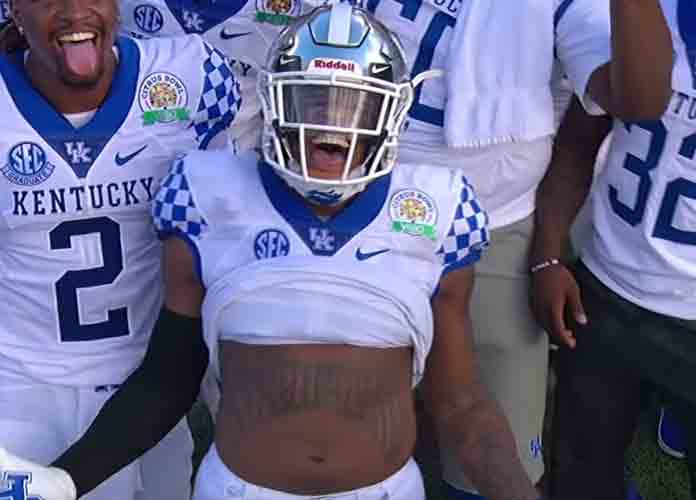 The No. 14 Kentucky Wildcats opened 2019 with a bang by defeating the No. 12 Penn State Nittany Lions 27-24 on Tuesday in the Citrus Bowl in Orlando, Florida.

With the win, Kentucky posted its first ten-win season since 1977 and secured its first bowl game victory since 2008. Linebacker Josh Allen and running back Benny Snell — two of the Wildcats’ biggest stars — delivered standout performances.

Snell even became Kentucky’s all-time leading rusher following a touchdown run in the second half that pushed the Wildcats’ lead to 27-7. Snell logged 144 rushing yards and two scores on 26 attempts on Tuesday. Allen finished with three tackles, three sacks and one blocked field goal.

“We just started from the beginning of the season. We came into the season as underdogs, and bond that we created as a team, it’s a brotherhood, it’s deeper than football. I’m proud of all my guys,” Snell told ESPN. “We’re legends. We’re all legends in our own way, we’re all special.”

After making the 12-yard touchdown run to reach his big accomplishment, Snell dropped to his knees in the end zone.

Penn State quarterback Trace McSorley battled through a foot injury to help lead the Nittany Lions back from a 20-point deficit in the second half. McSorley commandeered three consecutive scoring drives in the final quarter and finished 17 of 33 passing for 246 yards and two scores, as well as an interception.

One particular decision from Penn State’s offense in the final minutes of the game also appeared to shock and anger many of the team’s fans. With 4:12 left and the score at 27-21, James Franklin oped to kick a field goal from the 14-yard line instead of attempting a conversion on fourth-and-7. The decision may have been especially surprising because the Nittany Lions still had three timeouts left at that point and the Wildcats hadn’t scored in the fourth quarter up until then.

Here are some highlights from the exciting 2019 Citrus Bowl: