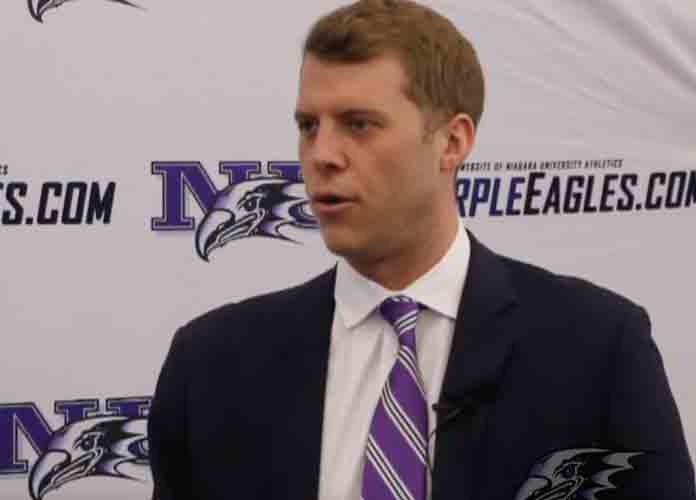 Niagara coach Patrick Beilein is resigning from his position at the school Niagara University, less than two weeks before the college basketball season begins, it was announced Thursday. His reasoning at the time is not known.

Shortly after reports of his resignation surfaced, Beilein released a statement.

“It is with heavy regret that I must inform the entire Purple Eagle nation that effective today I have resigned my position as the head men’s basketball coach at Niagara University,” Beilein said. “It has been a lifelong dream of mine to become a Division-I head basketball coach, but unfortunately, that dream must be put on hold. Personal reasons I can no longer take lightly have led me to step away from my dream job. Going forward, I must give singular focus to dealing with these issues, so that I can become the man I strive to be.

“In time, it is my hope that I can be more open about my ongoing circumstances, but in the meantime, I thank you all for respecting my family’s need for privacy and for all your continued support.”

Beilein will be replaced by Greg Paulus, who will taking an interim role as manager. Paulus spent four seasons as an assistant at Ohio State and before that was an assistant at Navy. He is most known for his time as a player at Duke from 2005-09.

Beilein, 36,  was hired in March to take over one of the toughest jobs in low-major men’s college basketball. Viewed in recent years as a rising star in coaching, he turned down multiple other Division I offers while coaching the previous four seasons at Division II Le Moyne in Syracuse, New York.

Patrick is the son of John Beilein, who became the coach of the Cleveland Cavaliers this year after spending 12 seasons coaching the Michigan Wolverines. His parents also showed him support in what sounds to be a very trying time for the junior Beilein.

“Kathleen and I love our son, Patrick. We will assist him in every way so he can focus 100% on his personal issues,” John Beilein wrote. “We believe that with a lot of hard work, he can do it. Thanks for respecting the privacy that Patrick and his family need at this time.”