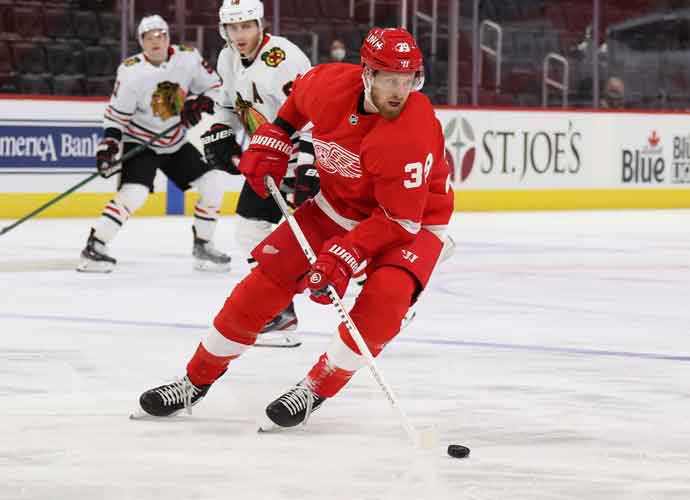 The NHL trade deadline ended on Monday afternoon. Various teams rushed to make last-minute deals in order to either strengthen or rebuild their respective rosters. Here are some of the biggest trades that went down just ahead of the National Hockey League’s trade deadline. We take a look at a few trades from Sunday and every major move from Monday.

1) The Colorado Avalanche acquired Carl Soderberg from the Chicago Blackhawks in exchange for prospects Josh Dickinson and Ryder Rolston.

Soderberg marks his return to Colorado with this trade. Soderberg previously played for the Avalanche from 2015-2019. Colorado traded him to the Arizona in 2019. The Avalanche get a veteran to bolster their team, which is currently in first place in the Western Conference. The Blackhawks gain prospects Dickinson and Rolston.

The Avalanche continues to make moves to improve their roster and gear up for a deep playoff run. The team seems to be doing this by acquiring previous franchise players. Nemeth played with Colorado when Soderberg was part of the team.

Colorado also gets a veteran goalie to help their goaltending depth and needs.

Clearly, the Red Wings are stockpiling picks and young assets while trading away their stars as they begin the rebuilding process.

5) The Capitals also acquired forward Michael Raffl from the Philadelphia Flyers in exchange for a 2021 fifth-round draft pick.

Matha, the 26-year-old forward, has produced 21 points (11 goals and 10 assists) in 42 games this season. He should be a great addition to the Capitals’ high-volume offense featuring Alex Ovechkin. Matha is the high-profile addition here, but Raffl isn’t too shabby either. He has three goals and five assists in 34 games for the Flyers this year.

“We really liked Anthony for quite a while now,” Capitals general manager Brian MacLellan said. “I like a lot of the attributes: the size (6-foot-5, 234 pounds), the skill, the shot, the scoring ability. He’s a really good skater for his size. I think it’s a player that we’ve liked and talked about a lot in our room, and we had a chance to acquire him, so we went out and got him.”

5) The Toronto Maple Leafs acquired F Nick Foligno from the Columbus Blue Jackets and F Stefan Noesan from the Sharks in a three-team deal in exchange for a 2021 first-round pick, a 2021 fourth-round pick as well as a fourth-round pick in the 2022 NHL Draft.

6) Toronto also added goalie David Rittich from the Calgary Flames for a third-round pick in the 2022 NHL Draft.

The Maple Leafs were in a full-blown buy mode. They are attempting to make a deep postseason run, and adding Foligno will certainly take some pressure off of Auston Matthews and John Tavares. Toronto has put all their chips on the table and are going all-in on this season. It is championship or bust for the Maple Leafs.

“I felt that the group of players and coaches deserved every effort on our end, on management, to bolster the team and try to give us as great a chance as possible down the stretch in our division and into the playoffs,” Toronto general manager Kyle Dubas said. “We were excited to be able to, we believe, add the pieces that will continue to enhance our ability to be as competitive as possible as we go into the playoffs and roll from there.”

9) The Boston Bruins acquired Taylor Hall and Curtis Lazar from the Buffalo Sabres in exchange for Anders Bjork and a second-round pick in the 2021 NHL Draft.

10) The Ottawa Senators dealt Mike Reilly to the Bruins and sent Braydon Coburn to the New York Islanders. The Senators received a third-round pick and seventh-round pick in 2022 for the two players.

After signing a one-year, $8 million dollar deal before the star of the season, Hall can become a free agent at the end of the season. The 29-year-old forward has tallied 19 points (two goals and 17 assists) in 37 games for the struggling Sabres this season.

Adding Reilly also helps bolster Boston’s defense. The 27-year-old has 19 assists in 40 games this season. The Bruins’ defense has been extremely banged up this season so Reilly will be a welcome addition to Boston.

Right now, the Bruins are in fourth place in the MassMutual East Division. Since the top four teams make the playoffs, this move should help Boston’s chances of making a Stanley Cup run.

11) The Winnipeg Jets acquired defensemen Jordie Benn from the Vancouver Canucks for a 2021 sixth-round draft pick.

13) The Montreal Canadiens acquired defenseman Erik Gustafsson from Philadelphia in exchange for a 2022 seventh-round draft pick.

16) Anaheim landed defenseman Haydn Fleury from the Carolina Hurricanes in exchange for defenseman Jani Hakanpaa and a sixth-round pick in the 2022 NHL Draft.

19) The Edmonton Oilers landed defenseman Dmitry Kulikov from the Devils for a conditional fourth-round pick in the 2022 NHL Draft.

21) The Pittsburgh Penguins acquired forward Jeff Carter from the Los Angeles Kings in exchange for conditional draft picks in 2022 and 2023.