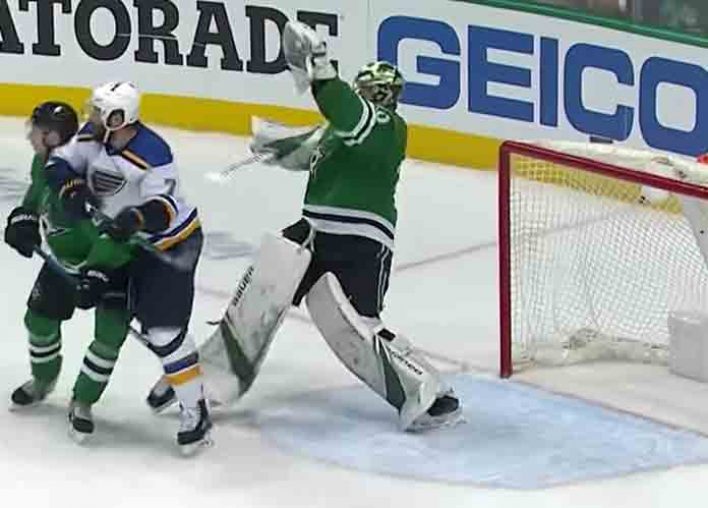 Though there was only one NHL game on Monday night, it didn’t disappoint.

The St. Louis Blues and the Dallas Stars played competitively the whole game and ultimately no team could come out ahead for 88 minutes. It wasn’t until the very end that the Blues notched a final goal and slid ahead for a 2-1 series lead, winning 4-3.

The Stars came out onto their home ice in an evenly matched series hoping to get ahead. That hope is gone now. Fans were treated to a chaotic third period. Four goals were scored in five minutes. But that didn’t bother the Blues, who are used to walking away the victors in these close games. They’re 4-0 on the road, all one-score games.

While Dallas Center Tyler Seguin could’ve walked away the hero, ultimately, Patrick Maroon did. These playoffs have been filled with lots of “boy returns to hometown team, saves the season” stories but none have gone on as powerful as Maroon’s has. Minutes after Seguin tied up the game at 3-3, Maroon found the back of the net and victory on the road.

The Stars, while they lost, are a good team and their passing shows it. Looking at how the team moves the puck through opposing defenses, they’re a force to be feared. See this goal last night for an example of this:

Spezza finds the opening to get it to Radulov and Rads beats Binnington up top.#GoStars | #StanleyCup pic.twitter.com/DPZQ4pn7Sr

When they hope to bounce back on Wednesday night, they’ll hope to shut down Blues wing Jaden Schwartz. After averaging only 0.16 goals per game this season, he’s turned it on for the playoffs. He’s averaging 0.67 goals per game and finding the net consistently.

There was also a Dallas fan who was hit by a puck during the game. However, Dallas Cowboys running back Ezekiel Elliot was in attendance and came over to the fan and tried to cheer him up, taking selfies with the kid.

…especially when he’s out here taking selfies with fans… pic.twitter.com/SSrWLaH41X