Did the NFL Just Accidentally Tell Us The Rams Are Moving to L.A.? - uSports.org

Did the NFL Just Accidentally Tell Us The Rams Are Moving to L.A.?

At the moment, there are three teams that are rumored to be prime candidates for the move to Los Angeles: the St. Louis Rams, Oakland Raiders and San Diego Chargers. On top of this, recent rumors have suggested that two teams could possibly make the move and share a stadium because L.A. is the perfect market for competing franchises.

And the NFL, mistakenly or purposefully, just further poured fuel on the rumor fire. On Monday, if you typed in the link ‘https://www.nfl.com/teams/profile?team=LA,’ then you were treated with a homepage for the Los Angeles Rams, according to Yahoo Sports. Since then, the page has been taken down and currently leads to the NFL’s top headlines. 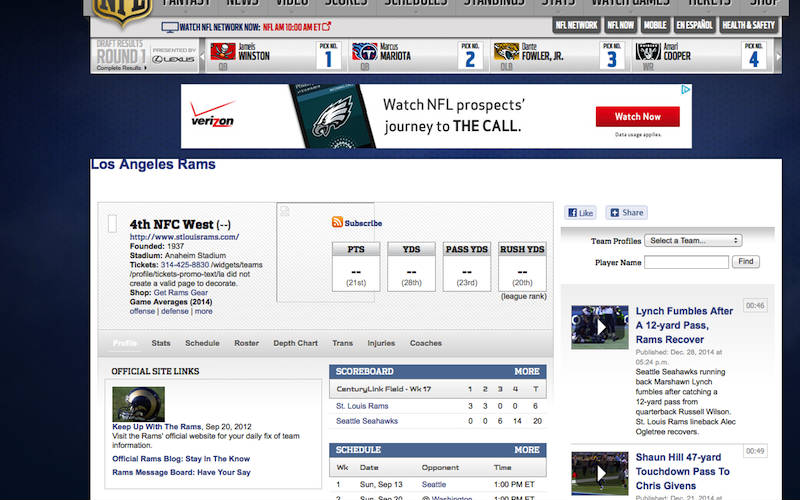 So is this an accidental oversight by the tech department? As of right now, no one knows, but the NFL has been doing “legacy” team profiles, showing past cities the teams have played in. For instance, you can actually search for the Boston Patriots and, at one time, look at the Phoenix Cardinals’ team page.

Now, these links are currently in process of being taken down, which could mean the L.A. Rams URL had something to do with this program. Again, this is all speculative, but, in my opinion, the L.A. Rams’ page was probably a part of this program and was taken down once somebody realized that, with the rumors, it was not a good idea.

Either way, it is a good way to get the sports conspiracy theorists out there going.