NFL Combine Kicks Off: Who Will Come Out On Top? - uSports.org 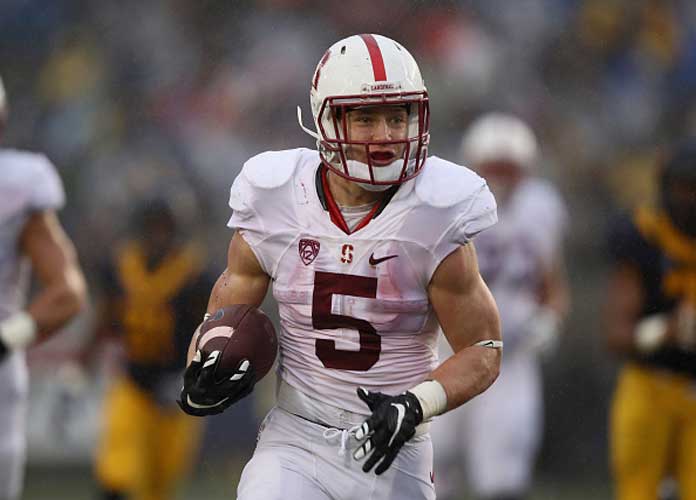 BERKELEY, CA - NOVEMBER 19: Christian McCaffrey #5 of the Stanford Cardinal runs with the ball against the California Golden Bears at California Memorial Stadium on November 19, 2016 in Berkeley, California. (Photo by Ezra Shaw/Getty Images)

NFL Combine Kicks Off: Who Will Come Out On Top?

The NFL combine kicks off on March 1. While the 2019 NFL draft isn’t stacked with tailback prospects that shouldn’t be a problem. More often than not, teams have become reliant on late round draft picks and unsigned rookie free agents to move the chains when the passing game has sputtered out. Stanford‘s Bryce Love will have something to prove. After a regression to start off his senior year and then a torn ACL late in the season, his draft stock weighs heavily on the combine. He’s nowhere near as hyped up as fellow Stanford product Christian McCaffrey was but he could still be a decent contributor.

Teams in need of a ground and pound back could find on in Kansas State‘s Alex Barnes. He broke Jerick McKinnon‘s running back bench press record with 34 reps. And he’s not just a combine warrior. Last year, Barnes racked up 1,355 yards for the Wildcats.

Sheeeesh@Alex_Barnes34 with 3️⃣4️⃣ reps on the bench, the most by a true running back since 2000. #KStateFB#NFLCombine | Live on @nflnetwork pic.twitter.com/RpLjgjVvtT

For reference, offensive linemen were similar in strength to Barnes. Weber State’s Iosua Opeta topped out at 39 reps as the strongest lineman.

Physical freaks D.K. Metcalf and UMass athlete Andy Isabella are expected to run two of the fastest 40 yard dash times. Both were productive players in college.

So…@dkmetcalf14 looks like he’s in shape for the combine 😮

Oh, he’s a wide receiver for those who don’t know

The combine will end on March 4. Then, teams will have to make of what they can out of pro day performances and try to wheel and deal to get the players they want. The NFL draft kicks off on April 25. The Arizona Cardinals hold the first selection.