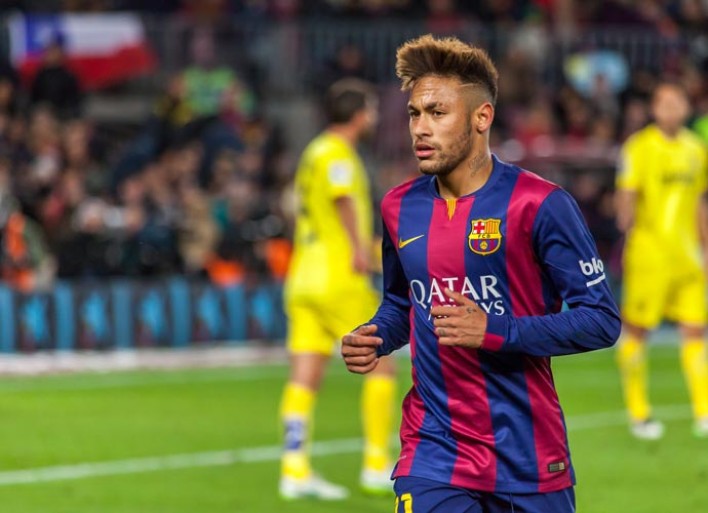 On Monday, Lionel Messi won this year’s Ballon d’Or as the player of the year. And five of those, not to mention countless awards under his belt, it’s hard for any footballer not to look up to the Argentina.

But Messi can now officially count his teammate, Neymar, as one of his biggest admirers.

“I work with Leo every day, so I admire him not only on the pitch, but also off the pitch,” Neymar told the Mirror. “I have fallen in love with him, he’s an idol and an example.”

Messi also returned the compliment when he was asked if he believes that Neymar can follow in his footsteps and become the best player in the world. While the Brazilian certainly has the talent, Messi wouldn’t make a firm prediction.

“Neymar as my successor? No, he’s his own man,” the Argentine said. “He has everything to become whatever he wants to be. He’s a great player and a great human being.”

Regardless of who will be considered better when everything is said and done, Barcelona is surely glad to have both of them on the pitch together.