The New York Red Bulls hosted Orlando City FC at the Red Bull Arena this weekend in their third MLS game of the season. The two sides played out a very gritty game filled with more fouls than goals, each team doing their best to stifle the others buildup by putting in hard tackles and attempting to capitalize on mistakes.

Despite the constant shift in momentum between the two sides, it was former Red Bulls captain Sacha Kljestan that broke the deadlock late in the second half. Kljestan came back to haunt his former side with the only goal of the game, sealing the win for Orlando. Let’s take a look at some of the key takeaways from this weekends matchup.

The New York Red Bulls had their fair share of defensive blunders to clean up throughout this game, and it didn’t help that many key squad components were missing. With defensive stalwarts Aaron Long and Michael Amir Murillo missing because of international duty, The Red Bulls played a makeshift back line that saw Tim Parker line up at the center with new signing Amro Tarek, while Connor Lade and Kyle Duncan played wide of the central pairing to complete a back four.

The Red Bulls played their usual high line despite missing key pieces and playing others out of position, and this proved to be a problem as Orlando succeeded in tearing through the back four on multiple occasions. Curiously enough,it would be Tarek, rather than Parker, who would impress at central defense. Tarek put in a solid shift in spite of being played out of position, cutting out passes and stopping dangerous attacks. Tarek made a few good blocks in and around the box, notably stopping a dangerous cross by Kljestan in the 42nd minute and intercepting a cutting pass outside the Red Bull box 12 minutes later.

Parker, on the other hand, would have a game to forget as the Hicksville born center back looked uneasy from the first whistle. Orlando’s players often found it much too easy to get past Parker, who was responsible for failing to clear the cross that led to Kljestan’s goal. Similarly, in the 92nd minute, Parker lost the ball right outside of the box to an onrushing Dom Dwyer. Parker would go on to recover the ball a few moments later, but his defensive frailty in this match was a key reason as to why the Red Bulls failed to come away with a single point in this game.

A Tale of Two Keepers – Robles and Rowe Impress:

While fans may be disappointed there weren’t a few more goals in this game, it can’t be said that the fixture was without its heart-stopping moments. It’s just that in this case, these moments were provided by the keepers, who were both in stellar form on the evening. Both Luis Robles and Orlando City’s Brian Rowe proved difficult to beat for the opposing side. Rowe was responsible for some spectacular saves, the first of which came five minutes into the game as Alex Muyl sent a strong header in after an ensuing Red Bulls corner. This would be the first of many stellar saves that would prove crucial to Orlando, which ended up coming away with all three points.

Robles also had a fantastic night, despite not coming away from the match with a clean sheet. The game could have easily ended with New York going down 3 or 4 goals had it not been for New York’s captain and his commanding presence in the penalty box. His punches were key to breaking up chances Orlando created, but the most stellar save in my book came in the 51st minute. Kljestan managed to find Orlando’s Ruan Teixeira with a ball out to the left. Ruan, unmarked, would find himself in space and one-on-one with Robles, who came up big to stop the Brazilian from putting Orlando ahead. If the Red Bulls can take any comfort from this game, it is that Robles is as spry and lively as ever, and still able to save blushes for his back line.

While the defense dealt with its own problems, the midfield and offense also seemed out of sorts throughout the game against Orlando. The Red Bulls were without the creative presence of Alejandro Sebastián Romero Gamarra (Kaku) as the winger is away on international duty with Paraguay. Often one of the main driving forces in the attacking half for New York, his absence was very telling, especially as fans were forced to watch Bradley Wright-Phillips come back into the midfield to try and help with the buildup.

What New York lacked in creativity, however, they made up with verve and determination ,as both Marc Rzatkowski and Alex Muyl put in solid shifts, doing much of the running for the Red Bulls. Rzatkowski did his best to create chances for New York, lobbing the ball in over the Orlando defense on numerous occasions and standing over a couple decent free kicks.

Muyl was a workhorse for the entirely of the game as well, running up and down the pitch attempting to create and finish chances at every opportunity. Muyl went into tackles hard, attempting to win every ball and even put in a solid shift at the back as well, covering in places New York’s defenders could not. It was no wonder Muyl was so disappointed at the end of the game, his face a telling reflection of how most of the team must have felt: “we can do better.”

Despite the disappointing nature of the loss, The New York Red Bulls thankfully have all season to make up for it. The result itself was in part the effect of a poor performance, but also due to the team missing key figures through injury and international duty. The return of Long, Kaku and Murillo should lift the team in their next game, which happens to be away to the Chicago Fire. The Fire hold an identical record to the Red Bulls this season, with both teams sporting a win, a loss and a draw so far. One can only hope that come next weekend, Red Bulls fans have three points to cheer about and the team can put this loss aside as a blip in what still very much has the potential to be a solid season. 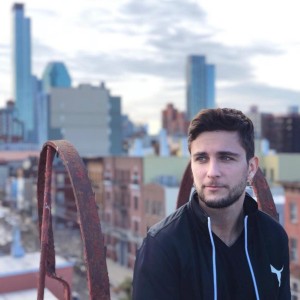