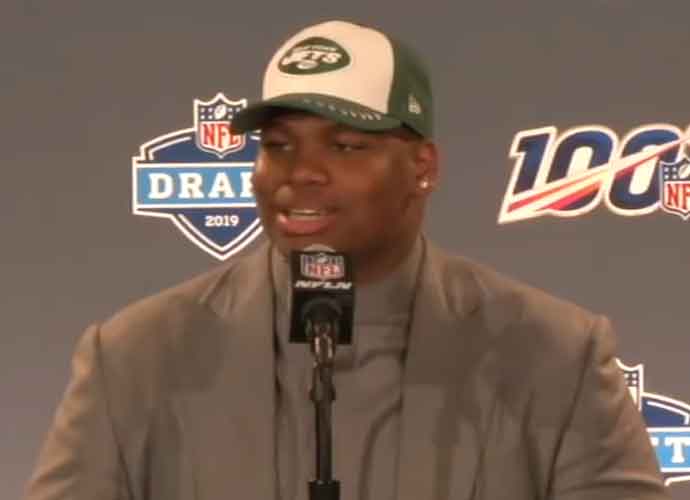 The Jets' Quinnen Williams in 2019

New York Jets defensive tackle Quinnen Williams was arrested Thursday evening for allegedly carrying a weapon at LaGuardia Airport, according to Port Authority officials. The 22-year-old was about to leave town before being arrested for criminal possession of a weapon at 9:15 p.m. According to Port Authority police, Williams was carrying a Glock 19 pistol.

The gun was found by airport security at a Delta check-in counter and was not loaded, Port Authority Police Spokeswoman Lenis Rodriguez said. Police also said Williams had an Alabama permit for the weapon.

Flying with a gun is only allowed if it is locked in a hard container and stored in checked baggage, not carry-on luggage, according to the Transportation Security Administration. Passengers also must inform airport staff there is a firearm in their bag prior to being checked, although it was not evident where Williams’ gun was located. A statement from the Jets said “the team has been in contact with Quinnen Williams and are fully aware of the situation.” The Jets declined to comment, however, “as this is a pending legal matter.”

Williams was a rookie for the Jets last season and recorded 15 tackles and 2.5 sacks after being selected by New York third overall in the 2019 NFL Draft. He will be arraigned on March 25, according to Kim Livingston, a spokeswoman for Queens District Attorney Melinda Katz.