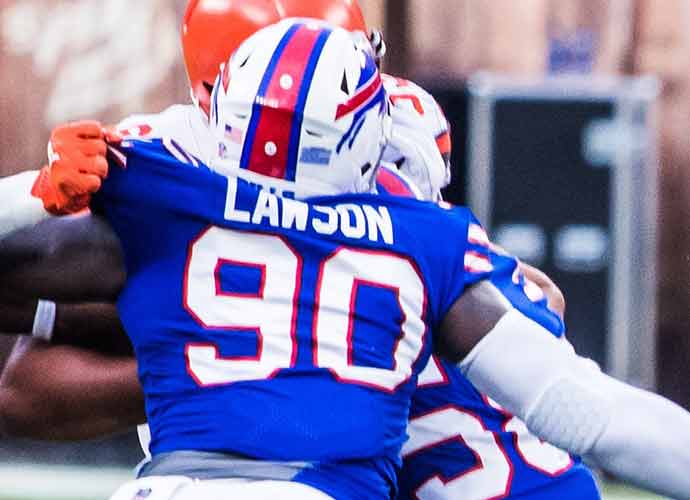 There’s a new pass rusher en route to the New York Jets for 2021, after the team lost Carl Lawson for the year after rupturing his Achilles in August, the team was in desperate need of trying to figure out who could potentially replace the production they were hoping to get when they signed Lawson in free agency this offseason. They’re now placing that bet on Shaq Lawson, whom they reportedly traded with the Houston Texans to acquire.

In exchange for Lawson, the Texans will receive a sixth-round pick, and the former 19th-overall pick returns to the AFC East ready to face his former team at least twice in 2021: the Buffalo Bills. Lawson joined the Bills in 2016 and played through his rookie deal with the club before leaving in free agency to the Miami Dolphins in 2020, after the Bills declined to exercise his fifth-year option. It was a three-year deal signed in Miami, but Lawson wouldn’t see the back end of it – he was traded to the Houston Texans this past spring. He hasn’t taken a single regular-season snap for the Texans, because for the second time in only five months, he’ll have to pack his bags and head to a new NFL home. Lawson delivered four sacks for the Dolphins in 2020 and is only one year removed from a career-high season wherein he posted 6.5 sacks for the Bills. The Jets and newly installed head coach Robert Saleh – a former defensive coordinator – is hoping gaining this Lawson will help take some of the sting out of losing the other one. The Jets come into this season with high expectations after a bad year last year. The addition of rookie quarterback Zach Wilson, as well as rookie running back Michael Carter and receiver Elijah Moore should help majorly boost the offense.

Read more about:
New York Jets NFL Shaq Lawson
Listen to the uInterview Podcast!
Get the most-revealing celebrity conversations with the uInterview podcast!