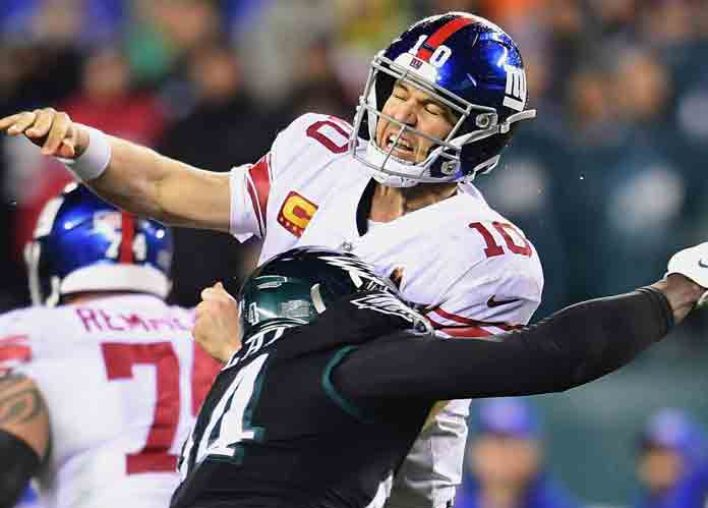 NFL coaches seem to be dropping around the league as the regular season comes to a close.

After two seasons on the job, the New York Giants have fired coach Pat Shurmur, however will keep general manager Dave Gettleman. Looking ahead, Baylor coach Matt Rhule, who served as an assistant offensive line coach for the Giants in 2012, is the focus of the Giants’ search.

Shurmur accumulated a 9-23 record with the Giants and a 19-46 record in four season as head coach of the Giants and Cleveland Browns. He is seventh-lowest of all time among coaches in NFL history.

In a statement issued by the Giants, team president John Mara and chairman Steve Tisch said, “This morning, we made the very difficult decision that it would be in the best interest of the franchise that we relieve Pat of his duties. The last three seasons have been extremely disappointing for the organization and our fans. Pat has been a successful and highly-respected NFL coach for 21 years and he is not solely responsible for our record.”

Shurmur faced a team that lacked top-level talent, especially on defense, and a quarterback position that was faced with the choice of aging franchise legend Eli Manning and mistake-prone rookie Daniel Jones.

The Cleveland Browns have also fired their head coach, Freddie Kitchens, after just a single season.

After being promoted to offensive coordinator last season after Cleveland fired Hue Jackson, he retained the head coach spot at the start of this year.

Entering the season with high expectations and a spread of top-tier talent, the Browns went 6-10, having lost games due to sloppy decisions and dumb mistakes.

The Browns are seeking their seventh full-time coach since 2009 as they search for a leader who can wrangle their talent and turn this team around.

The Browns released a statement saying, “We thank Freddie for his hard work and commitment to this organization but did not see the success or opportunities for improvement to move forward with him as our head coach. Our focus is on hiring an exceptional leader for this football team and we will take a comprehensive approach to this process.”