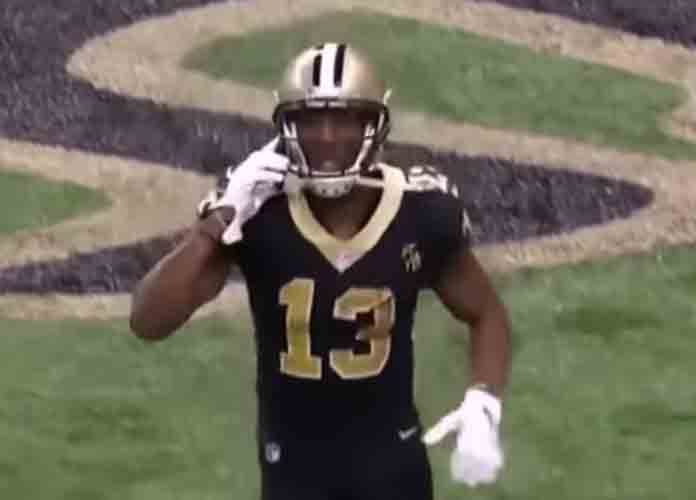 For the #Saints and WR Michael Thomas, his 5-year, $100M extension includes $61M in guarantees, sources say. And one of training camp’s holdouts is over.

Thomas, who lead the league with 125 receptions last year, helped fuel the a well-oiled Saints team which fell just one uncalled pass–interference call short of a Super Bowl berth. Since entering the league as a rookie three years ago, Thomas quickly established a connection with future Hall of Fame and Super Bowl MVP quarterback Drew Brees. Now with Thomas’s locked in until 2024, the team can maintain their aspirations to reach similar and even greater heights than last season for years to come.

The most receptions in first three seasons in NFL history:

This deal not only poises to effect the Saints, but the wide receiver market entirely, as the deal sets the new standard paycheck for top tier pass catchers. The $20 million which the Saints annually guarantee to Thomas now tops the former record breaking deal drawn up for Odell Beckham Jr. last summer, which pays him $18 million each year. This now serves as a benchmark for other star wide receivers searching for a new deal, such as Atlanta Falcons wideout Julio Jones.

Another reason this season is huge window for #Browns, with the deal #Saints WR Michael Thomas just landed and Julio Jones will likely follow with, a big year for OBJ could lead to this exact situation next offseason for Dorsey and co.

This deal continues the seemingly never ending escalation trend which sweeps up NFL players and their salaries, as each year players sign more expensive deals, breaking short lived yet eyebrow raising records. Thomas now stands as the highest paid player outside the quarterback position in NFL history. However, this title’s expiration date approaches quickly, as new free agents searching deals, most notably Jones but also other big names such as Amari Cooper, await their own paydays.