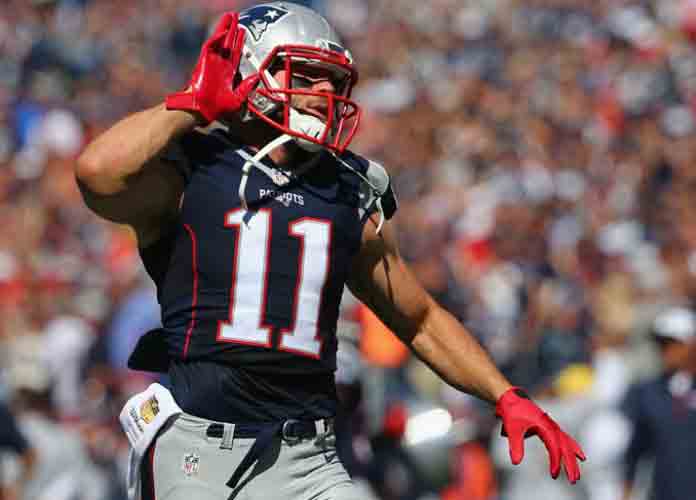 Julian Edelman, 34, is unlikely to play in the 2021 season. According to the Boston Herald, the wide receiver is uncertain to play because of a knee injury.

Unfortunately, Edelman’s production has gone downhill due to some significant injuries. Edelman could undergo surgery, but that will only provide temporary relief. It will not solve the underlying issues within his knee. In October, the wide receiver underwent a procedure that relieved some issues, but he did not return to the field, despite participating in practice.

Edelman could possibly play in a game next season, but any further damage to his knee would likely end his season (or even more likely his career). Edelman currently has a $6.1 million cap hit on the team’s salary cap this season. Furthermore, the wideout only has a year left on his contract if New England were going to part ways with the veteran, now would be the time.

The Patriots could afford to release the wideout since the team has signed receivers Nelson Agholor and Kendrick Bourne in the offseason. Additionally, they still have 2019 first-round pick N’Keal Harry, plus Jakobi Meyers showed brief flashes of strong play last season during Edelman’s absence. Not to mention, New England added two top-notch tight ends in Hunter Henry and Jonnu Smith. The Patriots’ revamped offense means that the team could survive without Edelman’s services in 2021, something that nobody could ever say until now.

In 2019, the former Super Bowl MVP played a full season and tallied 100 receptions for a total of 1,117 yards. That being said, New England’s quarterback situation looked drastically different in 2019 than it does now, as the mighty Tom Brady was still under center. Last season, Edelman’s production took a big hit with Cam Newton as the signal caller. Edelman missed the majority of the season due to the knee injury and managed to suit up for just six games (he only started one game). Edelman recorded a meager 21 receptions for 315 receiving yards and failed to find the end zone. It was his worst statistical output since the 2012 season.

It is hard to imagine the gutsy, tough-minded Edelman calling it quits. But perhaps it is time for the soon-to-be 35-year-old to hang up his cleats.