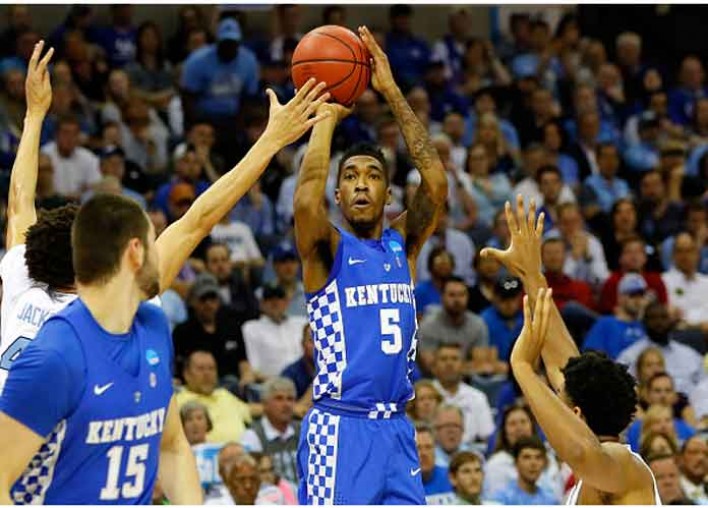 MEMPHIS, TN - MARCH 26: Malik Monk #5 of the Kentucky Wildcats shoots against Justin Jackson #44 of the North Carolina Tar Heels in the first half during the 2017 NCAA Men's Basketball Tournament South Regional at FedExForum on March 26, 2017 in Memphis, Tennessee.

The Kentucky Wildcats have reached the Sweet 16 round again this year in the NCAA Tournament.

The No.5 seed Wildcats (26-10) have advanced to the third round for the seventh time in nine seasons under coach John Calipari.

Kentucky will next face the No. 9 Kansas State Wildcats on Thursday in Atlanta for the South Region semifinals. The game will air on CBS and will begin at 9:37pm EST.

Kansas State edged UMBC — the No. 16 seed that trounced top-seed Virginia 74-54 in a first-round matchup on Friday — on Sunday after defeating Creighton on Thursday.

Also playing on Thursday will be the No. 11 Loyola -Chicago Ramblers, who will face the No. 7 Nevada Wolf Pack. No. 7 Texas A&M will play No.3 Michigan, while No. 9 Florida State will face No. 4 Gonzaga.

MEMPHIS, TN – MARCH 26: Malik Monk #5 of the Kentucky Wildcats shoots against Justin Jackson #44 of the North Carolina Tar Heels in the first half during the 2017 NCAA Men’s Basketball Tournament South Regional at FedExForum on March 26, 2017 in Memphis, Tennessee. (Photo by Kevin C. Cox/Getty Images) 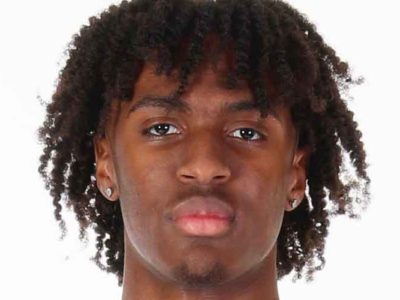 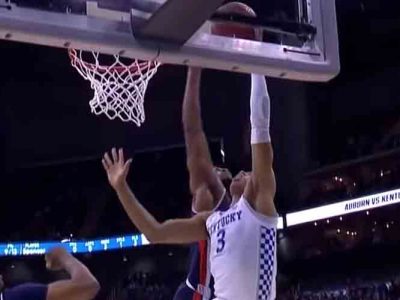