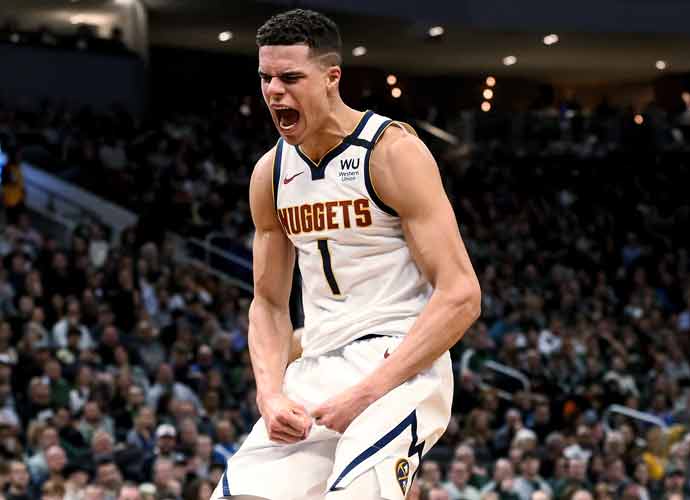 MILWAUKEE, WISCONSIN - JANUARY 31: Michael Porter Jr. #1 of the Denver Nuggets celebrates in the third quarter against the Milwaukee Bucks at the Fiserv Forum on January 31, 2020 in Milwaukee, Wisconsin.

Today, we take a look at Tuesday’s 6-game slate of NBA action, which begins at 7:00 p.m. EST.  Keep in mind that the Pistons-Raptors game has been postponed, so stay away from players on those two teams. Here are the top plays at each of the five core positions.

CP3 is a solid option in what should be a very close matchup at the Staples Center tonight. Paul has produced at least 43 fantasy points in each of his previous three outings. Over that span, he is averaging 15 points, 13.3 assists, 6.6 rebounds, 1.3 steals, and 0.3 blocks per game. Despite this, his price tag has absolutely dipped a bit on DraftKings. After posting three consecutive double-doubles, Paul should continue to light up the box score against the Lakers tonight.

The Knicks are surprisingly one of the best teams in the Eastern Conference, and a lot of their success can be attributed to the recent acquisition of Rose. The veteran guard has topped 29 fantasy points in each of his previous four contests, and will likely see more minutes if Elfrid Payton is declared out tonight. Rose has posted double-digit points in seven of his last 10 games, and will start for a Knicks squad that is over .500 this late into the season for the first time since the end of the 2012-13 campaign. Over his last four matchups, D-Rose is averaging 16.3 points, 7.7 assists, 3.6 boards, 1.3 steals, and 0.8 blocks per game. With Rose expected to log 30-plus minutes, he should have no problem exceeding value tonight against a Spurs’ defense that allows the third-most fantasy points to opposing guards.

Although the Bucks are a solid defensive team, MPJ has been playing lights out as of late. Not to mention, Milwaukee plays at a faster pace than Denver, so the Nuggets will get more touches on offense, which equates to more opportunities for Porter. Porter has been dominating in up-tempo matchups, including his recent run of four consecutive double-doubles. He has topped 30 fantasy points in each of those contests and there is no reason to think that trend won’t continue tonight.

With Marcus Smart out and Jaylen Brown considered questionable, Tatum may be the only star available to suit up for Boston’s home matchup with the Clippers. If Brown does indeed suit up, you may want to pivot to another option, but if Tatum is forced to shoulder a heavier load, expect him to do some monstrous things. On Sunday, Tatum dropped 31 points, eight rebounds, three assists and three steals in 39 minutes of the Celtics’ 111-110 victory over the Wizards. He put the team on his shoulders, scoring the final eight points of the game for Boston, including the game-winning shot. He also broke out of a huge slump. Tatum had scored just 22 points in his previous two outings and struggled to convert from the field for much of February. March should be much better to Tatum, who is one of the best power forwards in the NBA. He makes for a great cash-game or tournament option on tonight’s slate. However, be sure to monitor the news regarding Brown’s availability.

Since free throw shooting doesn’t matter on DraftKings, Poelti has been a solid source of production for the Spurs in the paint. Even with LaMarcus Aldridge back in the lineup, Poelti is playing 25-35 minutes a night. Over his last seven contests, he has produced three double-doubles. He has also been a shot blocking machine. The Knicks are currently playing without center Mitchell Robinson, which means Poelti should get his way down low in the paint. No member of the Knicks has the size to body up San Antonio’s big man. It also doesn’t hurt than Poelti is currently on an 11-game shot blocking streak. Look for that trend to continue tonight in San Antonio.