NBA 2020 Draft Trades: News On All The Biggest Trades - uSports.org 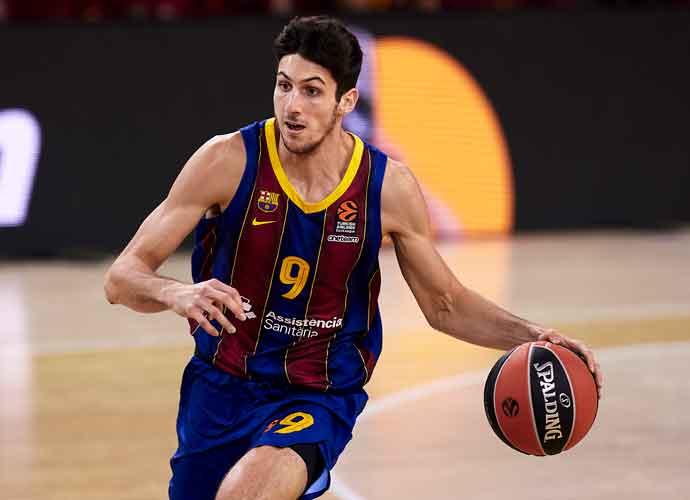 BARCELONA, SPAIN - NOVEMBER 12: Leandro Bolmaro of FC Barcelona with the ball during the 2020/2021 Turkish Airlines EuroLeague match between FC Barcelona and Fenerbahce Beko Istanbul at Palau Blaugrana on November 12, 2020 in Barcelona, .

NBA 2020 Draft Trades: News On All The Biggest Trades

The NBA Draft is always an exciting event. It’s where fans are either happy with who their team drafts or heartbroken about whom they selected. It is also where teams engage in various trade talks to leap up or get a player in a trade.

To kick off the busy night of draft trades was the Minnesota Timberwolves. The Timberwolves headed into the draft with the first pick, 17th pick and the 33rd pick in the draft. Minnesota drafted Aleksej Pokusevski 17th and Daniel Oturu with the 33rd pick. Minnesota traded Pokusevski to the Oklahoma City Thunder for Ricky Rubio, the 25th and the 28th pick. The 25th pick was Immanuel Quickley and the 28th was Jarden McDaniels. Minnesota later traded Oturu and Quickley to the New York Knicks in exchange for the 23rd pick in Leandro Bolmaro.

The New York Knicks traded Oturu to the Los Angeles Clippers for the Detroit Pistons’  2023 second-round pick from the Clippers.

There was a three-team trade that involved the Brooklyn Nets, Los Angeles Clippers, and the Detroit Pistons. The trade involved Saddiq Bay was drafted 19th pick by the Nets, and Jay Scrubb with the 55th pick. The Clippers’ Reggie Perry was drafted 57th overall. The Clippers sent Landrey Shamet and Perry to the Nets for Bay and Scrubb. The Clippers then sent Bay to the Pistons along with Rodney McGruder for the Piston’s Luke Kennard.

The Pistons continued trading as they received Isaiah Stewart who was the Trailblazers’ 16th pick and Trevor Ariza from The Houston Rockets for a future first-round pick. The Pistons acquired center Tony Bradley and the 38th pick who was Saban Lee from the Utah Jazz for a future pick and cash considerations.

The Oklahoma City Thunder continued to make trades as they received Al Horford, the 34th pick in Theo Maledon, and a 2025 first-round pick from the Philadelphia 76ers in exchange for Terrance Ferguson and Danny Green. The Thunder sent their 53rd pick and a future second-round pick to the Washington Wizards in exchange for the 37th pick.

The New Orleans Pelicans traded RJ Hampton who was the  24th pick to the Denver Nuggetsfor a future pick.

The Sacramento Kings drafted Xavier Tillman Sr with the 35th pick. They sent him along with a 2022 second-round pick to the Memphis Grizzlies in exchange for Robert Woodard who was drafted 40th. Sacramento would engage in another trade involving their 52nd pick who was Kenyon Martin Jr for the Rocket’s 2021 second-round pick.

The Grizzlies received the 30th pick in Desmond Bane from the Boston Celtics for two future second-round picks.