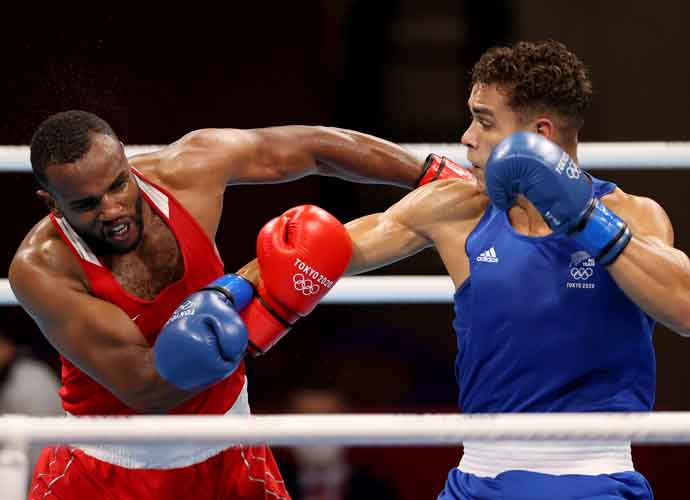 Baalla was unable to latch on to Nyika’s ear, avoiding the potential for a much worse situation. Baalla was behind on points in the third and final round when the incident occurred.

The referee did not notice the incident and the fight continued. Nyika won the fight 5-0.

Nyika shared his disbelief after the match in an interview with Eurosport. “Did you see that? I don’t think the ref saw it,” he said. “She was the closest one. He didn’t get a full mouthful. Luckily, he had his mouthguard in, and I was a bit sweaty.”

Baalla took this one right from Mike Tyson‘s playbook, as Tyson bit a chunk off of Evander Holyfield‘s ear in 1997 and was disqualified for the incident. This also was not the first time one of Nyika’s opponents attempted to bite him.

“I don’t remember what I said to him, but I gave him a little bit of a cheek,” said Nyika. “I have been bitten once on the chest before at the Gold Coast Commonwealth Games. But come on man, this is the Olympics.”