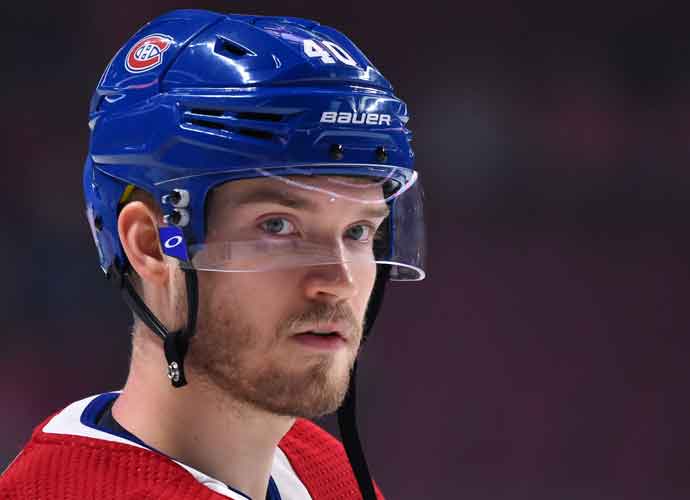 Joel Armia #40 of the Montreal Canadiens

“It’s pretty obvious we should have gotten power plays,” said Julien. “Some people need to be held accountable after this game. We had to beat two teams tonight.”

“We couldn’t talk to the official,” he continued. “He was screaming at our players. I told him, when he was close to the bench, that I hoped he watched his games back. He told me to take a hike.”

The Canadiens went up 3-0 in the second, only to blow that lead and lose the game in overtime.

Joel Armia scored the first goal with a tap-in off Max Domi‘s loose rebound. In the second, Jordan Weal put one away to make it 2-0. Less than three minutes later, Nick Cousins beat Ben Bishop between the pads to put Montreal up three.

But Dallas was ready to make a comeback. Mattias Janmark and Blake Comeau added two in the Stars comeback, but Tyler Seguin proved to be the deciding factor, putting one away in the second, as well as the overtime winner on a nifty backhand goal.

“That was a good hockey team over there,” Domi said. “They’re a veteran team and they stuck with it. They got some bounces, some power plays and they capitalized.”

Montreal has now lost four in a row and look to bounce back as they take on the Detroit Red Wings on Monday at 7:30 p.m. ET in Detroit.

The game will air on TSN2.