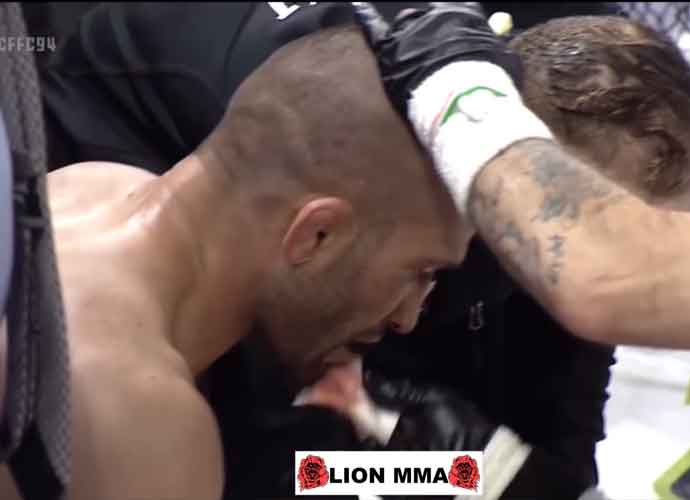 A horrific injury occurred during the MMA bout between Khetag Pliev and Devin Goodale. Pliev’s finger was severed during the second round of their fight on Thursday.

The fight was the co-main event for Cage Fury Fighting Championship and aired on UFC Fight Pass. The fight was stopped during the second round after the referee noticed Pliev’s missing left ring finger. Several minutes were spent looking for the missing finger. A public announcement was issued over the PA system asking people to help look for the severed finger.

Event promoter Rob Haydak entered the ring after the fight was stopped. Once he entered, Pliev told Haydak what happened. Haydak told the promoter that his finger was dislocated in the first round, and it somehow came off during the second round.

“In the second round, he caught my glove with one hand and held it,” Pliev said. “I felt my finger snapped.”

“When the second round was finished, I see my bone was out in the open,” Pliev stated. “I wanted to keep fighting because I felt like I had this guy, but the doctor saw that and stopped the fight.”

The severed finger was found inside Pliev’s glove. It was lodged inside the glove the entire time. The fighter had his finger reattached in the emergency room. The doctors told the fighter that he tore 50% of the tendon on the finger and that he’ll potentially need another procedure.

As for the fight, Goodale was named the winner by TKO. Pliev will appeal the fight result to Pennsylvania State Athletic Commission because of the illegal grabbing of his gloves by Goodale during the bout.