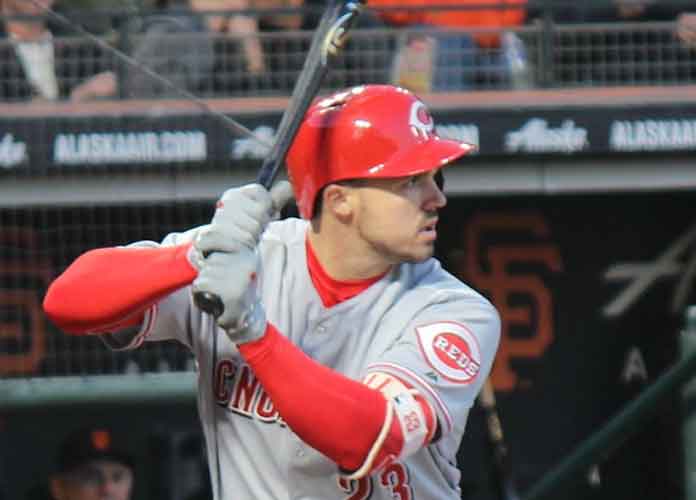 The Atlanta Braves landed power-hitting left fielder Adam Duvall on Monday night in a four-player trade with the Cincinnati Reds.

The Reds acquired righty pitchers Matt Wisler and Lucas Sims, as well as outfielder Preston Tucker, as part of the deal.

The #Reds have acquired RHP Lucas Sims, RHP Matt Wisler and OF Preston Tucker from the Braves in exchange for OF Adam Duvall. pic.twitter.com/9cvrmnqeQx

Some baseball pundits had predicted Harper to be sent to the Cleveland Indians, Los Angeles Dodgers, Chicago Cubs or Arizona Diamondbacks, but Rizzo made clear that the outfielder is staying in Washington The Nationals (52-53) are third in the NL East, 5.5 games behind the first-place Philadelphia Phillies and five games behind the second-place Braves. All signs seem to indicate that Harper wasn’t traded partly because they were not offered a valuable enough player in return.

Source: #Indians, #Nats have been in contact regarding Bryce Harper, but Cleveland has thus far refused to include Shane Bieber in any offer. @MLB @MLBNetwork