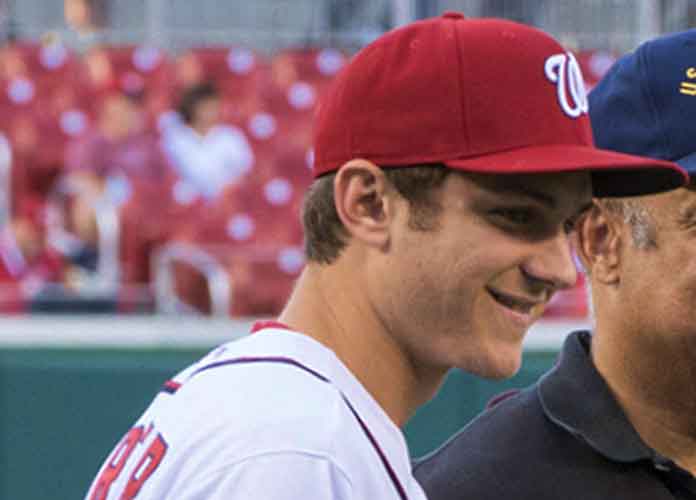 Atlanta Braves pitcher Sean Newcomb and Washington Nationals shortstop Trea Turner both apologized Sunday evening for a series of racist and homophobic tweets from years prior.

Turner’s tweets are reportedly from 2011 and 2012. The 25-year-old’s offensive posts surfaced hours after his team’s 5-0 defeat in Miami.

“I believe people who know me understand those regrettable actions do not reflect my values or who I am,” Turner said in a statement released by the Nationals. “But I understand the hurtful nature of such language and am sorry to have brought any negative light to the Nationals organization, myself or the game I love.”

The Nationals also said the following: “The Nationals organization does not condone discrimination in any form, and his comments in no way reflect the values of our club. Trea has been a good teammate and model citizen in our clubhouse, and these comments are not indicative of how he has conducted himself while part of our team. He has apologized to me and to the organization for his comments.”

Newcomb also issued an apology for disparaging tweets he sent as a teenager, and referred to them as “some stupid stuff.”

The pair of pro baseball players are the latest to face backlash for insensitive Twitter posts. Earlier this month, 24-year-old Milwaukee Brewers reliever Josh Hader — one of this year’s All-Stars — apologized after racist and homophobic tweets he sent as a teenager were revealed late during the MLB All-Star Game. Hader was forced to participate in the league’s sensitivity training for the incident.

One MLB star who seized the opportunity to give young players some very straightforward advice on how to avoid these types of controversies was Chicago Cubs pitcher Jon Lester:

Listen I’m far from the sharpest tool in the shed and there’s certainly no halo above my head (pardon the rhyme) but I know some of these guys are great dudes who just had lapses in judgement.

Will young baseball players learn from these cases and start deleting any remotely controversial tweets over the next few months? It would not be surprising to learn that the sport’s rising stars are taking as many precautions as necessary.