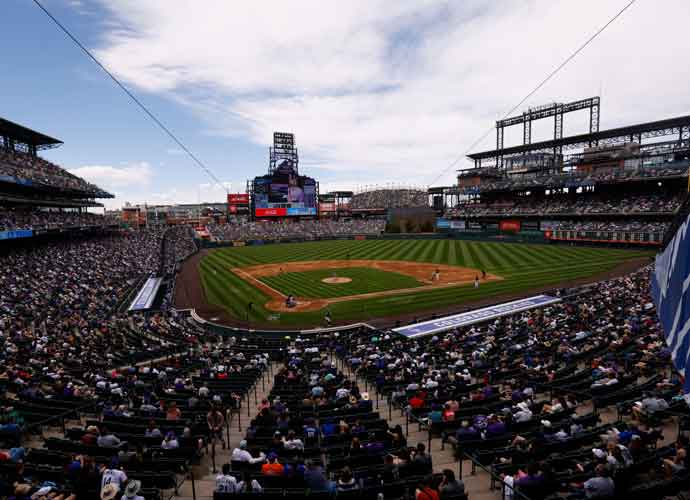 DENVER, CO - APRIL 4: A general view of the stadium in the third inning during a game between the Colorado Rockies and the Los Angeles Dodgers at Coors Field on April 4, 2021 in Denver, Colorado. The Dodgers defeated the Rockies 4-2. (Photo by Justin Edmonds/Getty Images)

On Tuesday, the Colorado Rockies officially became the host of the 2021 MLB All-Star Game.

“Major League Baseball is grateful to the Rockies, the City of Denver, and the State of Colorado for their support of this summer’s All-Star Game,” MLB Commissioner Rob Manfred said in a statement. “We appreciate their flexibility and enthusiasm to deliver a first-class event for our game and the region. We look forward to celebrating our sport’s best players and entertaining fans around the world.”

“We are confident that our organization along with the city, state, and the Denver Sports Commission, are capable of putting on this premier event in a relatively quick time frame because of the preparations that had already been done,” said Rockies Chief Operating Officer Greg Feasel. “Summer in Colorado is something everyone in the country should experience, and we embrace this opportunity to show off our beautiful ballpark and everything our city, state, and region have to offer.”

Last week, Manfred made the decision to strip Atlanta of the All-Star game. The decision came after Republican-backed reform legislation was signed into law by Governor Brian Kemp (R). The new voting law came after Joe Biden narrowly won the state in the 2020 Presidential election. The Trump campaign made the election in Georgia one of its main arguments of voter fraud.

“Over the last week, we have engaged in thoughtful conversations with Clubs, former and current players, the Players Association, and the Players Alliance, among others, to listen to their views,” Manfred said in last week’s statement on his decision to strip Atlanta of the All-Star game. “Major League Baseball fundamentally supports voting rights for all Americans and opposes restrictions to the ballot box,” Manfred continued. “Fair access to voting continues to have our game’s unwavering support.”