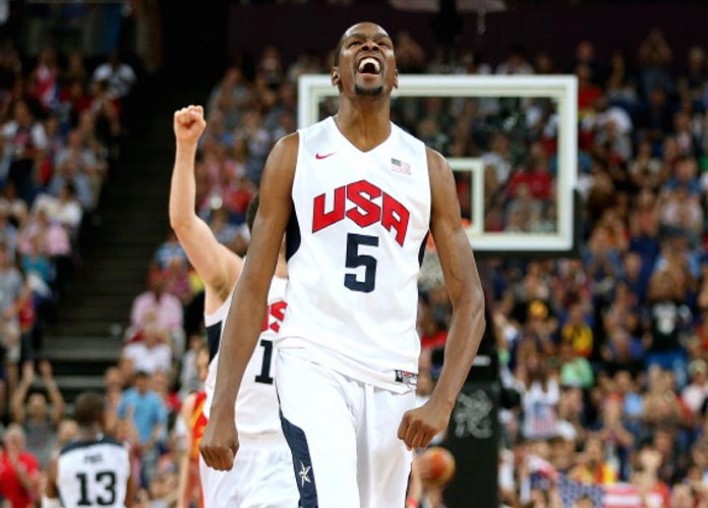 LONDON, ENGLAND - AUGUST 12: Kevin Durant #5 of the United States celebrates a shot during the Men's Basketball gold medal game between the United States and Spain on Day 16 of the London 2012 Olympics Games at North Greenwich Arena on August 12, 2012 in London, England. (Photo by Christian Petersen/Getty Images)

To Krzyzewski’s defense it was the second game against Team China where Team USA got a technical foul in the fourth quarter with less than three minutes in the game for celebrating too early for a 360 dunk that guard DeMar DeRozan missed. The refs are a little too sensitive.

The closest game the team has had thus far is against Argentina, and Team USA won by 37 points 111 – 74. After DeRozan’s dunk, Team USA guard Klay Thompson hit a deep three-pointer causing excitement on the bench. Krzyzewski motioned to the team to calm down in hopes they would not receive a second technical foul.

According to ESPN Krzyzewski talked about the issue at the post-game presser. He wants his team to have fun, but show more respect for the opposing teams, especially on an international stage.

Coach K said: "We had a little bit too much fun out there tonight. We have to tone that down a little bit." https://t.co/7KIDaLcDKw

The high scorer for Team China was center Zhou Qi with 13 points.