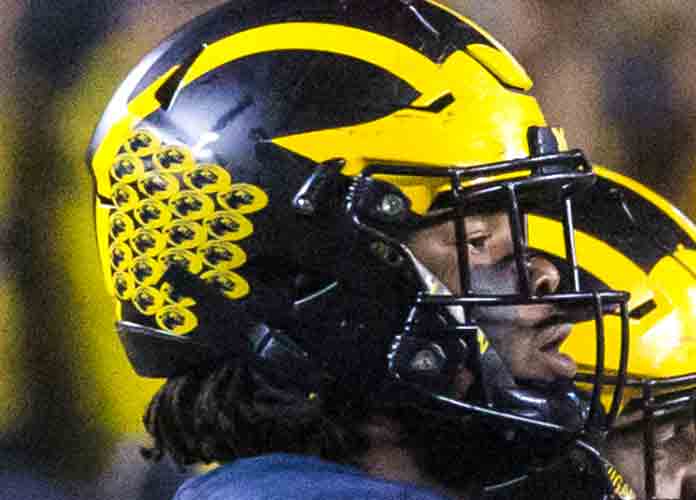 Another season has ended in disappointment for Michigan Wolverines (10-2) fans, as the team has failed to reach the playoffs again and will compete for a New Year’s game win against the Florida Gators (9-3) in the Peach Bowl.

Selection Sunday yielded four playoff teams, including Alabama, Notre Dame, Oklahoma and Clemson, with Michigan and rival Ohio State just missing out from the top four. The Wolverines will play in their second New Year’s Six Bowl in three years, but this year felt stark for fans, and coach Jim Harbaugh reflected on that.

“Our players have played a great season, our coaches have coached a great season,” Harbaugh said Sunday on a teleconference, when asked about how his team might be able to recover after a devastating loss to the Buckeyes. “We’ve overcome every adversity and nothing changes. It just means the work isn’t done.”

The work is done for world-renowned talent Rashan Gary, who has played his last game as a Michigan Wolverine. The defensive lineman declared for the NFL Draft last week following the loss to Ohio State and will begin training for his career in the big leagues.

Gary, the No. 1-ranked recruit nationally in 2016, wrapped up his career with Michigan with 136 tackles (23.5 for a loss), 10 sacks and one forced fumble. At 6-foot-5 and 287 pounds, the defensive lineman is projected to be a top pick in the 2019 NFL Draft, with many scoring Gary in the top 10 of available prospects come this spring.

Gary’s departure is just another disappointing reality of Michigan football, as the Big Ten title sits, again, in the clutches of the Buckeyes in Ohio. The right step forward into next season can be taken when No. 7 Michigan plays No. 10 Florida in the Chick-Fil-A Peach Bowl on Dec. 29 in Atlanta, a game that will air on ESPN.