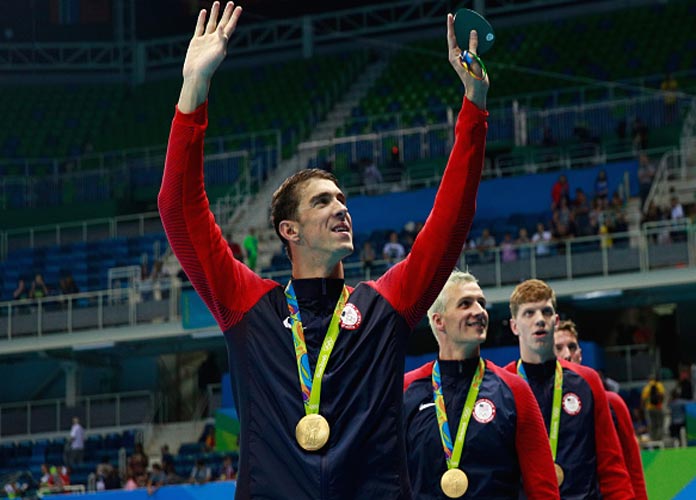 Simone Biles’ sudden decision to withdraw from the gymnastic team finals and the individual all-around due to mental health shocked many. It led to overwhelming support and criticism by many fans.

Swimming legend Michael Phelps is among those who showed support for BIles. Phelps is currently working as a TV analyst for NBC during the Tokyo Olympics.

“The Olympics is overwhelming,” Phelps said to host Mike Tirico. “There’s a lot of emotions that go into it… It broke my heart. But also, if you look at it, mental health over the last 18 months is something that people are talking about.”

Phelps is familiar with the pressure that Biles had bestowed upon her. Phelps earned 28 medals in his career, 23 golds, three silvers and two bronze. He was the youngest man at 15 years old to join Team USA in 68 years when he made the team in 2000.

Despite all of his accomplishments, Phelps struggled with mental health and in 2018 he revealed that he struggled with depression and contemplated suicide after the 2012 Olympics.

“We’re humans, right? We’re human beings,” Phelps said to Tirico. “Nobody is perfect so yes, it is OK to not be OK. It’s OK to go through ups and downs and emotional roller coasters, but I think the biggest thing is we all need to ask for help sometimes too when we go through those times. For me, I can say personally it was something very challenging. It was hard for me to ask for help. I felt like I was carrying, as Simone said, the weight of the world on [my] shoulders. It’s a tough situation.”

Phelps then said he hopes that people use what Biles is going through as an “eye opening experience” in providing more support to Olympians and their mental health.

“I hope this is an opportunity for us to jump on board and to even blow this mental health thing even more wide open. It is so much bigger than we can ever imagine. Look, for me when I started on this journey five years ago, I knew it was big. I knew it was going to be challenging. Five years into it now, it’s even bigger than I can comprehend. So this is something that is going to take a lot of time, a lot of hard work and people that are willing to help.”