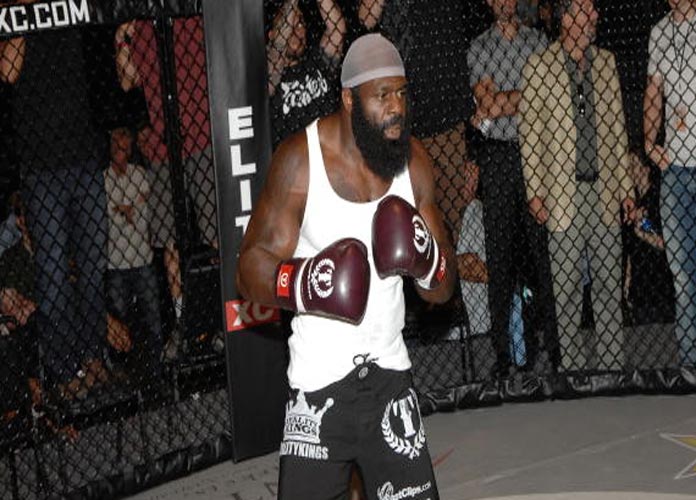 Michael Jai White, martial artist, star and director of the new movie Never Back Down: No Surrender, talked exclusively to uSports about his thoughts on the passing of legendary mixed martial arts star Kimbo Slice, who died of heart failure on June 6 at the age of 42.

“I think Kimbo Slice resonated with people because deep down, he was a really, really good guy,” White began by saying. “I can’t imagine imagine anybody who met Kimbo that didn’t like him. Of course, he is this foreboding figure, but he was a gentleman and a real sweetheart.”

White, 48, then went on to explain how Slice, who was born Kevin Ferguson, “lifted himself up by his bootstraps,” after coming from another country [the Bahamas] and growing up in a rough area of Miami.”

“He literally fought his way out of the streets,” White stated. “I mean, how could you not feel for that.”

According to a report by the South Florida Sun Sentinel, was informed he needed a heart transplant after being diagnosed with heart failure. The Sun Sentinel also reported, citing a medical report made by the Northwest Medical Center in Margate, that Slice was admitted to the hospital on June 3, complaining of “severe abdominal pain, shortness of breath and nausea.”

“I was sad to see him go,” White finally said. “He was a friend of mine, we got to train together. He’ll be missed.”

Slice (5-2) was scheduled to fight James Thompson at Bellator 158 on July 16 in London, but according to Mike Brown, his head coach at American Top Team, Slice had intended to withdraw from the event.

“He had a few things going on,” Brown said. “He had a crazy hiccup problem and he had high blood pressure. He also had a problem that had something to do with his gallbladder. We had talked about him pulling out of the fight.”

Mike Imber, Slice’s longtime manager and childhood friend, confirmed to ESPN.com that the fighter entered the medical facility on June 3. Imber also added that Slice appeared to be doing well until Monday, when the situation turned.

“He went to Germany around March and got really sick while he was there,” Imber said. “I don’t know what he thought it was, but he just felt sick. On Friday (June 3), he had bad chest pains and went to the hospital. I went and visited him on Friday and he seemed OK. I didn’t feel like I was going to lose my friend in two days, by any means. He seemed concerned, but he seemed all right.”

Slice is survived by his six children. His oldest son, Kevin Ferguson Jr., whose nickname is ‘Baby Slice,’ made his professional MMA debut earlier this year.

“Any time I was around Kimbo, he was very humble,” said UFC lightweight Dustin Poirier, Slice’s teammate at American Top Team. “He wasn’t the person who I thought he would be. He’s a family guy. Every time I saw him, he had his kids with him. He was just a really nice guy.”