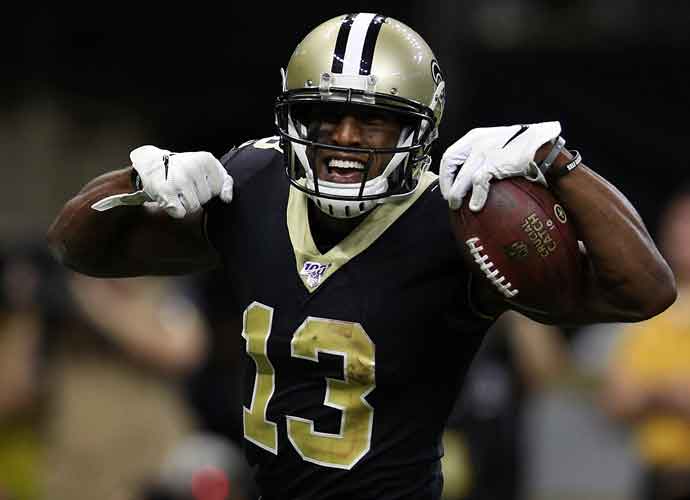 New Orleans Saints wide receiver Michael Thomas has made his return to the lineup. Thomas has been out due to ankle and hamstring injuries that have kept him out for weeks. Add on to his week 5 suspension after Thomas punched teammate and safety Chauncey-Gardner Johnson in practice. That incident added fuel to a rumor that the Saints were going to trade Thomas away before the trade deadline last week.

That trade did not happen and instead, the Saints decided to keep the wide receiver. Thomas made his return during their game against the Tampa Bay Buccaneers. Thomas did not stand out during the game as he only recorded five catches and 51 yards.

The 27-year-old wide receiver was happy during the Saints blowout win. He made it clear that he was ready to stay in New Orleans and is ready to help them win. “I can’t pay attention to any of that,” Thomas said. “I’m just trying to put my head down, get back out there, and help my team.” Thomas further addressed the practice incident with his teammate. “My emotions got the best of me in that situation,” Thomas said. “I’ve grown from that, and I’m here to help my team win games and to finish the mission: To win a championship. I’m just here to contribute.”

Thomas impacted the Saints in a positive way as the team recorded a blazing 420 yards, held the ball for 40:04 minutes, the most possession time since 2017. The Saints went nine of 14 in third downs. Head coach Sean Payton had nothing but praises for the 27-year-old. “It was good to have him back,” Payton said after the win. “One of the things that I would always say, and one of the challenges, especially for a player like Mike, he’s had such great health and stamina. And he’s a guy that has played 50, 60 snaps a game. And this is really the first time coming back off an injury ever for him in the NFL.”

The Saints will be an even tougher opponent for teams now that Thomas is back in the lineup. Thomas is a three time pro bowler who holds the NFL record for most receptions by a player in their first four seasons. Thomas led the league in receptions in 2018 and in 2019. Thomas had a career-high of 149 receptions which is an NFL record for most reception in a season. The wide receiver recorded 1,725 yards which are a career-high for him.