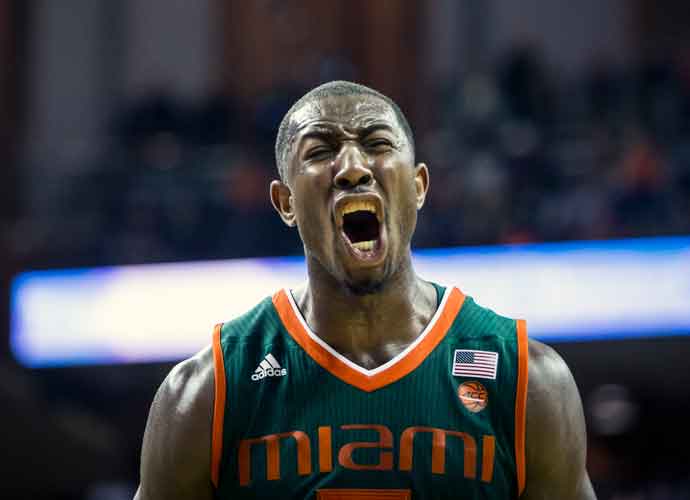 The president of the University of Miami revealed Wednesday evening that the school’s men’s basketball program is under federal investigation.

The Hurricanes, along with Auburn, Arizona, Louisville, USC and Oklahoma State have been charged for illicitly recruiting players.

A message from President Frenk regarding University of Miami Athletics pic.twitter.com/EbD7RbFC8s

The FBI’s case does not specifically mention Miami or any of its coaches, although the same is true for Louisville, which also acknowledged it is being investigated by the FBI for allegedly accepting bribes from agents and companies who attempted to convince players to work for them, or to steer high school athletes toward certain NCAA programs. The case was revealed on Tuesday.

The Cardinals placed Hall of Fame basketball coach Rick Pitino and athletic director Tom Jurich on administrative leave on Tuesday. Louisville may be forced to vacate several victories, including its 2013 national championship.

Also charged with bribery is Adidas executive Jim Gatto, who is accused of working with a Hurricanes assistant to move $150,000 to the family of a high-profile 2018 prospect.

“The University of Miami is aware of the indictments handed down today by the Department of Justice involving several men’s college basketball programs, coaches, financial advisors, agents and apparel executives,” Miami athletic director Blake James said Tuesday. “As we are just learning the details, we cannot comment on the actions taken today by federal authorities. However, if requested, we will cooperate in any legal or NCAA review of the matter.”

According to CBS, there is also a phone call recorded from mid-August that reveals a conversation between Gatto and Merl Code, an Adidas employee who recently left Nike. They reportedly discuss a negotiation price of  $150,000 for an unnamed “Player-12.” Code is heard saying, “If [University-4]’s willing to pay” a $150,000 price “then that’s where the kid is going to go.”