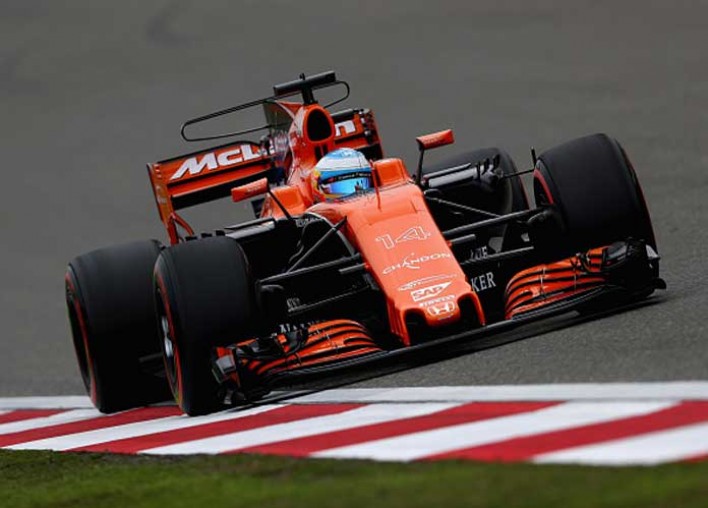 Fernando Alonso, a two-time Formula One champion, will miss the Monaco Grand Prix in May to race in the Indianapolis 500 instead.

The 35-year-old McLaren driver from Spain will compete for the Honda-powered Andretti team on May 28.

McLaren have yet to select who will replace Alonso for the F1 race in Monaco that same weekend, although Jenson Button is a possibility. The British driver and 2009 world champion is retired from F1 but continues to work with McLaren as an ambassador.

Alonso is in the final year of his three-season contract with McLaren, and has said he will decide what’s next for him during the summer break. According to some reports, the Spaniard has grown increasingly frustrated with McLaren and their troubled engine supplier Honda, which has led many to believe he could quit very soon.

Though Alonso will miss the race in Monte Carlo in favor of the Indy 500 — an event considered one of the largest races of the motor-sports season — he insists Monaco will be the only grand prix he will skip this season.

“I’m immensely excited that I’ll be racing in this year’s Indy 500, with McLaren, Honda and Andretti Autosport,” Alonso said. “The Indy 500 is one of the most famous races on the global motorsport calendar, rivaled only by the Le Mans 24 Hours and the Monaco Grand Prix, and it’s of course a regret of mine that I won’t be able to race at Monaco this year.

“But Monaco will be the only 2017 grand prix I’ll be missing, and I’ll be back in the cockpit of the McLaren-Honda for the Canadian Grand Prix in Montreal in early June.”

The Spaniard admitted that since he has never raced an IndyCar before, or even driven on any sort of super-speedway, that there will be “a steep learning curve” for him in Indianapolis.

“I’ll be flying to Indianapolis from Barcelona immediately after the Spanish Grand Prix, practicing our McLaren-Honda-Andretti car at Indy from 15 May onwards, hopefully clocking up a large number of miles every day, and I know how good the Andretti Autosport guys are,” said Alonso.

Alonso has won 32 grands prix — sixth on the all-time list — although his last title was the 2013 Spanish Grand Prix, which he won in a Ferrari.

This will mark McLaren’s return to the Indy 500 for the first time in 38 years.

The Andretti team, run by former IndyCar and grand prix driver Michael Andretti, is one of the top squads in the championship and won the event last year with American Alexander Rossi, who raced five times in F1.

McLaren’s executive director, American Zak Brown, who will also be in Indianapolis instead of Monaco, believes Alonso has a good chance of winning the Indy 500.

“Could Fernando win this year’s Indy 500? Well, I wouldn’t be so silly as to make any such rash prediction, but I expect him to be in the mix,” said Brown.

“Put it this way, the team he’ll be racing for won the race last year, using the same Honda engine, and he’s the best racing driver in the world. That’s quite a compelling combination.”