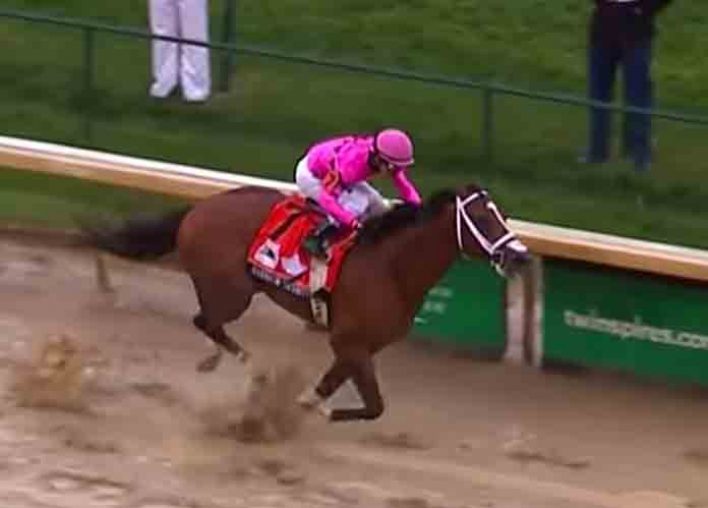 Maximum Security won the Kentucky Derby on Saturday and basked in glory for all of 20 minutes. Then, the horse was disqualified and Country Horse, given 65-1 odds to win the race, was crowned champion.

Now, Gary West, owner of the disqualified colt, will file an appeal with the Kentucky Horse Racing Commission, arguing that his horse should be declared the rightful winner of the Derby.

“We are going to file an appeal today with the state racing commission,” West said. “Right after the race, I had the trainer call the stewards and very nicely ask them if they would be willing to visit with us after the races were over. I said, ‘We’ll stay here until 11, 12 o’clock at night, whatever you want,’ and they said, ‘Absolutely not, we won’t be showing the films until Thursday.’ We didn’t really have any alternative legally … the appeal has to be filed within 48 hours.”

“If the state racing commission refuses to hear about it, I think this is something that’s big enough that the entire racing world is looking at this,” he continued during an interview on The Today Show. “And I think they deserve an opportunity to really know what was going on.”

Maximum Security was DQ’d in the Derby, the first disqualification for race riding in the history of the event. At the top of the stretch, what pundits called “clearly the best horse in the race” drifted out to his right and impeded the rightful lane of at least two other horses, almost wiping out the entire field.

The Kentucky Horse Racing Commission doesn’t actually allow appeals, so West will be fighting with the odds stacked against him this time. According to the rules, stewards are responsible for “all findings of fact as to all matters occurring during and incident to the running of a race,” and “findings of fact and determination shall be final and not subject to appeal.”

West, however, says he’s willing to push on due to the attention the event gets, unusual actions by the stewards and the increased field size at the race.

“I think this is something that’s big enough that the entire racing world is looking at this, and I think they deserve an opportunity to really know what was going on,” West said. “I was a bit shocked and surprised that the stewards wrote a statement that was probably prepared by their lawyers and refused, literally refused, to take questions from the media. So they’ve been about as nontransparent about this whole thing as anything I’ve ever seen in my life.”

West went on, saying:”You shouldn’t have 20 horses in the Kentucky Derby. Churchill Downs, because they’re a greedy organization, has [20 horses] rather than 14 like you have in the Kentucky Oaks, the Breeders’ Cup, every other race in America.”

He also said: “They looked at exactly what the rest of the world looked at, and they didn’t file a stewards’ inquiry. So I can’t imagine it was very obvious to them at the time, either.”

The only prior Derby disqualification took place in 1968. Dancer’s Image won the race but was disqualified several days later when trace amounts of a prohibited substance were found in its body. The owners went to court to fight the disqualification, the legal battle went on for years, and they eventually won their case but it was overturned on appeal. 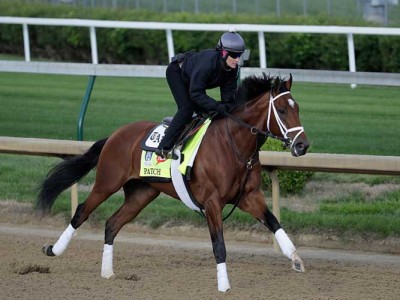 145th Kentucky Derby: When Does It Start, What Channel Is It On, Who’s Favored To Win? 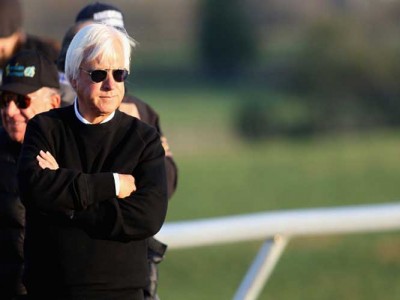 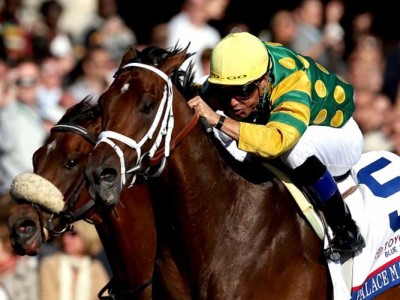