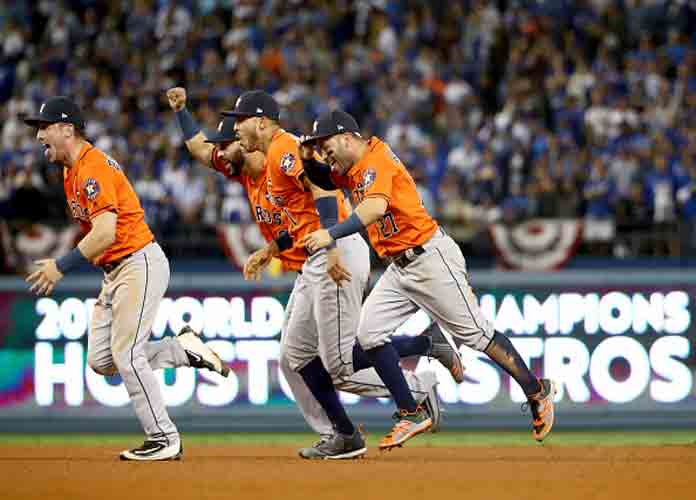 The Houston Astros famed rebuild ended with two World Series appearances. Built on the backs of Jose Altuve, slugger George Springer, and a dominant rotation, the team found itself a threat no matter what surrounded it. But in the clutch, the team found that it turned away from its stars. The finest example of this is Marwin Gonzalez. In game two of the 2017 World Series, Gonzalez belted a homer off Los Angeles Dodgers reliever Kenley Jansen to tie it up, a game the Astros would eventually take.

Now, the Astros will have to function without Gonzalez. The versatile 29 year old was snatched up by the Minnesota Twins. His contract is for two years, $21 million. The deal is front-loaded, with $12 million in the 2019 season and $9 million the year after. In Gonzalez, the Twins will find the most versatile player since Cincinnati Reds great Pete Rose. Gonzalez manned every position but pitcher and catcher in 2018. Manager AJ Hinch called him “my Swiss Army knife.”

The switch-hitting Venezuela native was good for 16 homers on a .247 average last season. He was priceless for the team when Altuve, Springer, and shortstop Carlos Correa all went down with injuries and needed replacements.

“He’s a unique player because I can put him anywhere,” Hinch said during the postseason. “At any given point on any team, this guy can literally play six positions every day…. As I’ve said before, he’s the answer to everything. We have a problem, we insert Marwin, and no matter what, he steps up in a huge way.”

While it’s hard to pin down where exactly Gonzalez might fit with the Twins, it’s partly due because he can play anywhere. First-year manager Rocco Baldelli will be able to move him up and down the lineup. They’ll also hope that he can help a young and rebuilding team emerge as contenders. After deep postseason runs, Gonzalez can take on the role of a clubhouse leader and teach the team how to hold steady down the stretch. If he can’t, well then his versatility serves as a bandaid for Byron Buxton and Miguel Sano. Either way, this move shows that Minnesota is ready to compete and make the AL Central a competitive division as the Cleveland Indians slash payroll while their championship window is closing up.