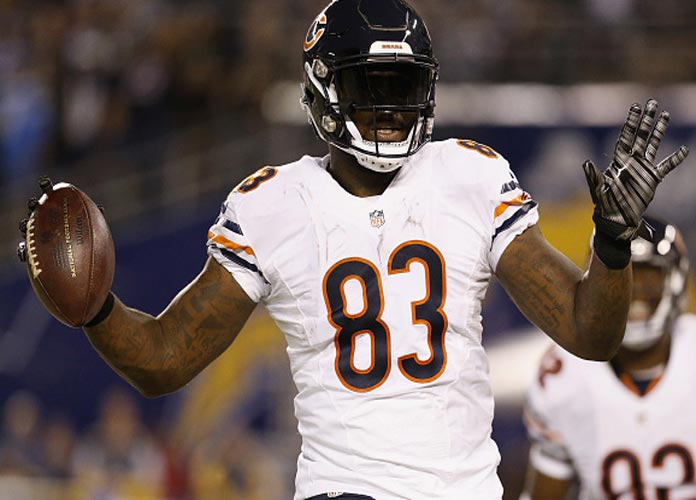 Veteran NFL tight end Martellus Bennett has responded to a rather funny-yet-important call from New England Patriots Quarterback Tom Brady in his own humorous way.

In a video he posted on his Facebook page, Brady appears to channel his inner Ron Burgundy, the beloved character from the famous comedy Anchorman, and blows into a conch shell. As the caption for the video, Brady simply writes, “New England Patriots RECEIVERS … ASSEMBLE!!!”

Bennett, who previously played for the Dallas Cowboys, the New York Giants, and the Chicago Bears, and  answered Brady’s call in his own funny way.

Bennett was traded to the Patriots from the Bears on March 16 along with a sixth-round draft pick.

“I don’t always answer bird calls, but when I do, they’re from Tom Brady and Gronk,” Bennett said in two videos posted on Instagram, in which he is shown doing sit-ups and other fitness exercises thanks to the help of his young daughter.

I don't always answer bird calls, but when I do….