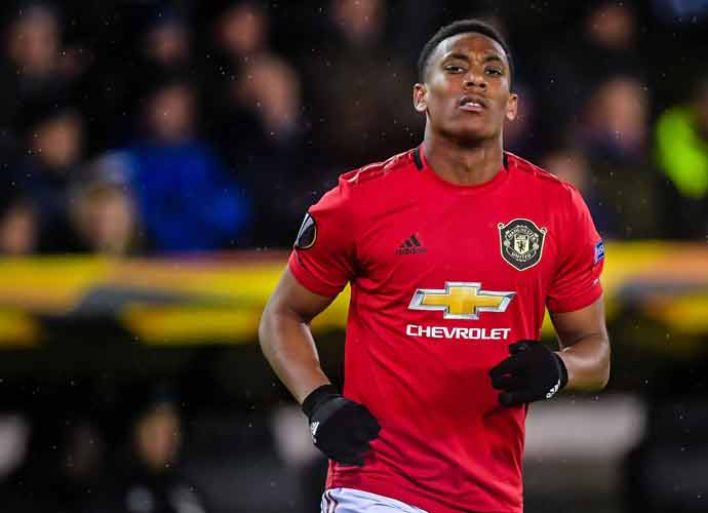 Manchester United defeated Manchester City 2-0 on Sunday, the third win this season over their town rivals.

United was able to take advantage of a set free kick that caught City napping as Bruno Fernandes chipped a passed to striker Anthony Martial who was able to shoot it past City goalkeeper Ederson. The pace of the shot didn’t appear to be too fast but the ball was slightly fumbled by Ederson before going into the back of the net.

Following the match, Illkay Gundogan of Manchester City claimed Fernandes dived when he was dribbling the ball into scoring territory before being fouled by Gundogan to set up the free kick in the 30th minute. Gundogan claimed it “was not a foul at all.”

“They were much more aggressive, especially after scoring the first goal. They tried to press very high for 10 minutes afterwards,” Gundogan told Goal. “But we started the game really well, got into the last third, but the perception of the last pass was just missing. We had a lot of corners as well, so the chance was there to create more but unfortunately we didn’t so this is something on which we have to improve. Also there was frustration about the free-kick before the goal—it was not at all a foul. I just touched the ball and he goes on the floor, shouting. I don’t even know if the referee saw it or just had a feeling that it was a foul. That was very disappointing for me, to be honest because I was straight involved in the action and conceding the goal straight afterwards hurt very much.”

Adding insult to injury, Ederson attempted to roll out the ball to his teammates in the last minute of stoppage time before it made its way to Scott McTominay who shot the ball from way outside of the box into an empty net to cap off a tough defeat. Although City controlled 73% of the possession, they were out shot by United 12-7.

United’s victory propelled them into fifth place, just three points shy of the UEFA Champions League spot. City trails first place Liverpool by 25 points, but hold a 2-1 aggregate lead over Real Madrid heading into the second leg that is scheduled for Tuesday, March 17.