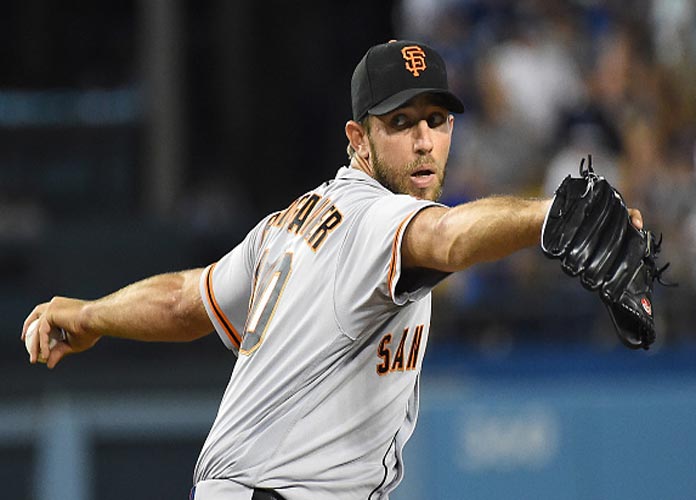 Arizona Diamondbacks left-hander Madison Bumgarner‘s hobby has recently come to light and it isn’t what you would expect. The 2014 World Series MVP has been competing in rodeo events under the alias Mason Saunders.

Bumgarner has been roping since he was 15 or 16 years old and that at this point “it’s just a part of who you are,” he said.

Bumgarner won $26,560 in a team-roping competition in December, just two weeks before signing an $85 million contract with Arizona.

Photos emerged of Bumgarner roping on Facebook and although he does get recognized at events, he has been able to maintain a low profile. The alias of Mason Saunders came from him shortening his first name and using his wife’s maiden name.

“Something for my wife to call me when we were out in public to keep people from recognizing me,” Bumgarner said. “But you’re going to ruin that for me.”

It is unknown as to the details of his contract in regards to his competing at rodeo competitions. Diamondbacks general manager Mike Hazen was not ready to discuss details of the contract.

Bumgarner is no stranger to risky hobbies. In 2017, he was injured in a dirt bike crash and missed three months of the season while playing for the Giants. Although this was likely a violation of his contract, it is believed the Giants did not press him on the incident.

Read more about:
Arizona Diamondbacks Madison Bumgarner MLB
Listen to the uInterview Podcast!
Get the most-revealing celebrity conversations with the uInterview podcast!