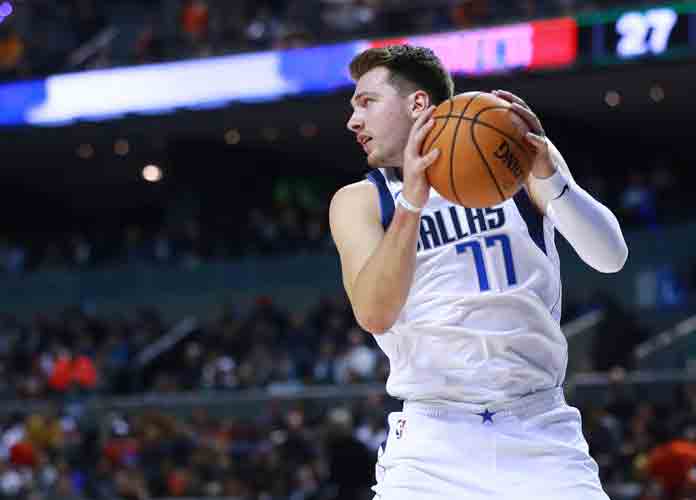 MEXICO CITY, MEXICO - DECEMBER 12: Luka Doncic #77 of the Dallas Mavericks gets a rebound during a game between Dallas Mavericks and Detroit Pistons at Arena Ciudad de Mexico on December 12, 2019 in Mexico City, Mexico.

Doncic has not been 21 years old for more than a week and broke Kidd’s record in far fewer games. Mav’s guard finished with a stat line of 30 points, 17 rebounds and 10 assists, securing the record in 128 games. While this took the Hall-of-Fame point guard nearly 500 career games to obtain this accolade.  Doncic also joined the exclusive company of Hall-of-Fame point guards Magic Johnson and Oscar Robinson as the third player ever to have a 30 point, 15 (plus) rebounds and ten assist triple-double. It did take the sophomore a while to get his first triple-double into his young career. He obtained his first last January against the Milwaukee Bucks. Since then it has taken Doncic 78 games to get 22 triple-doubles. This is about a triple-double every four games.

The Mavs’ guard is playing like an MVP candidate this season, averaging 28.5 points, 9.3 rebounds, and 8.8 assists per game, as well as leading Dallas to 38 wins so far this season. The former Rookie of the Year has also been selected as NBA Player of the Month and was an All-Star starter in his second season.

The Dallas Mavs went to beat  Zion Williamson and the Pelicans 127-123 in overtime. The nationally televised matchup between Doncic and Williamson lived up to the hype. With one minute and ten seconds left to play in overtime, Doncic was able to snap a 118-118 tie with a dagger from behind the arc to give the Mavericks the lead. Dallas forward Kristaps Porzingis had 34 points and 12 rebounds. Williamson scored 21 points in 35 minutes while playing back-to-back games for the first time in his young NBA career. Brandon Ingram led New Orleans with 27 points but fouled out in overtime. Lonzo Ball added 25, including shooting 7 of 9 on 3-pointers.