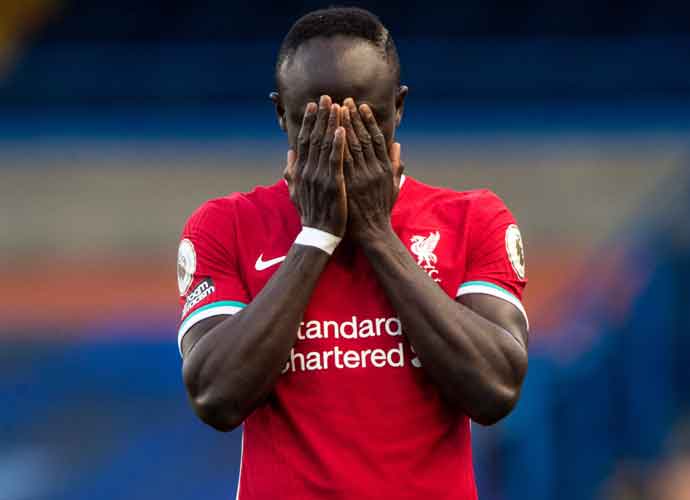 LONDON, ENGLAND - SEPTEMBER 20: Sadio Mane of Liverpool pray during the Premier League match between Chelsea and Liverpool at Stamford Bridge on September 20, 2020 in London, United Kingdom.

Both sides had opportunities to score during the first half, but were not clinical enough. The sending off of Chelsea defender Andreas Christensen after bringing down Sadio Mane near the end of the first half reduced his side’s chances of drawing or winning the game.

Early on in the second half, Mane scored Liverpool’s two goals with Roberto Firmino assisting the first. Chelsea’s goalkeeper Kepa made a horrendous mistake that led to the second.

Chelsea were awarded a penalty after Liverpool’s new midfield signing Thiago Alcantara brought down Timo Werner in the penalty area. Jorginho took the shot, but it was saved by Liverpool’s Allison Becker.

Both teams played their regular 4-3-3 lineup. Chelsea’s new signings all made an appearance except for Hakim Ziyech, Ben Chilwell and Thiago Silva. Christian Pulisic was also out with an injury that may put him out for more games.

After his move from Bayern Munich, Alcantara played his first Premier League match with Liverpool. Alcantara played only during the second half, but had a great influence on the game and completed key passes. Liverpool’s new left-back signing Tsimikas did not make an appearance.

Mane’s brilliant goals were a trending topic on Twitter. Many users applauded Mane’s heroics including former Arsenal and Chelsea midfielder Cesc Fabregas, who tweeted that Mane is the best player in the league.

The current Premier League champions have now won both of their opening games and are looking to defend their title against other favorites and league rivals like Manchester City who are keen to win the championship after a disappointing 2019/2020 season.

Liverpool’s upcoming league match is against FA Cup champions Arsenal at Anfield, while Chelsea will face West Ham at The Hawthorns.