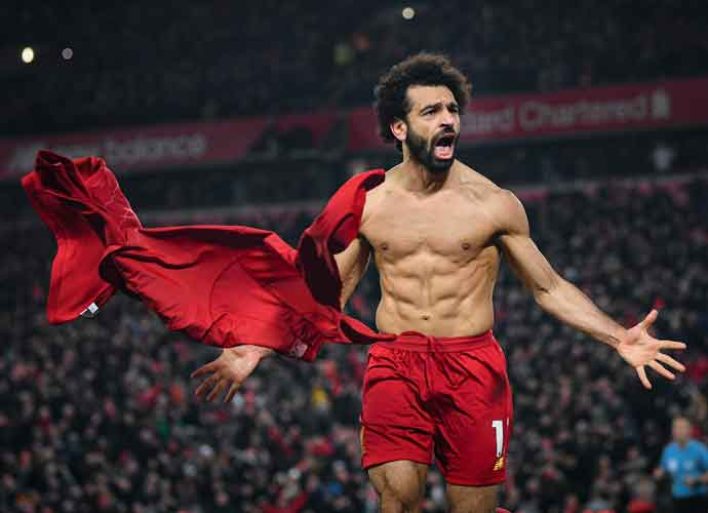 LIVERPOOL, ENGLAND - JANUARY 19: Mohamed Salah of Liverpool celebrates his goal to make it 2-0 during the Premier League match between Liverpool FC and Manchester United at Anfield on January 19, 2020 in Liverpool, United Kingdom.

In their first English Premier League match since March, Liverpool was held to a 0-0 draw against Everton on Sunday. The draw hindered Liverpool’s Premier League title a bit, but it is still all but certain at this point.

There was some rust on both sides and postgame, Liverpool defender Virgil Van Dyke spoke about being back on the pitch. “It was very intense. Both sides created small opportunities, they had the big one against the post. Everyone is just happy to be back, we didn’t lose and it is another point towards our goal.”

Had Liverpool won on Sunday, it would have all but wrapped the club’s first Premier League title since 1990.

Now the club and its fans will have to wait a little bit longer to secure the title. They currently hold a 23-point lead in the standings over Manchester City with eight matches remaining, including a July 2 game against Man. City.

Before taking on Manchester City however, Liverpool will take on Crystal Palace Wednesday.