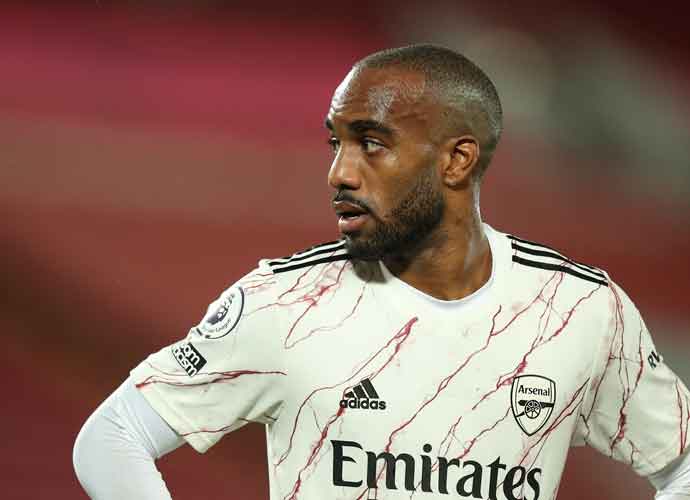 LIVERPOOL, ENGLAND - SEPTEMBER 28: Alexandre Lacazette of Arsenal during the Premier League match between Liverpool and Arsenal at Anfield on September 28, 2020 in Liverpool, United Kingdom. Sporting stadiums around the UK remain under strict restrictions due to the Coronavirus Pandemic as Government social distancing laws prohibit fans inside venues resulting in games being played behind closed doors.

In the beginning of the game, Arsenal managed to score one goal after Alexandre Lacazette took advantage of Andy Robertson’s error and shot directly towards goalkeeper Alisson Becker. About three minutes later, Liverpool’s forward Sadio Mane scored a tap in to equalize the score.

As the end of the first half approached, Liverpool’s Robertson scored after a cross from right-back Trent Alexander Arnold. The first half ended with Liverpool having the score to their advantage.
In the second half, both sides had opportunities to score. Arsenal’s Lacazette missed a one on one chance and Liverpool’s defender Virgil Van Dijk tried to score a header but the ball hit the post. Before the end of the game, Liverpool’s new signing Diogo Jota was subbed on to replace Mane and scored his first goal for the club after Arsenal’s David Luiz headed the ball towards him.

After the game, Arsenal’s head coach Mikel Arteta claimed that Liverpool were superior to his side in many aspects and that the club has set the bar. Arsenal are currently looking to reach higher standards by signing new players. Reports indicate that Arsenal are expected to sign Atletico Madrid’s midfielder Thomas Partey and Olympique Lyonnais’ midfielder Houssem Aouar before the transfer window closes.

On the other hand, Liverpool have won all three of their Premier League opening matches and look very strong so far. The club is certainly among the favorites to win the 2020/21 Premier League title.

Other title favorites include Manchester City, Chelsea and Manchester United.

In the upcoming Premier League fixtures, Liverpool will face Aston Villa at Villa Park, while Arsenal will face Sheffield United at the Emirates Stadium.