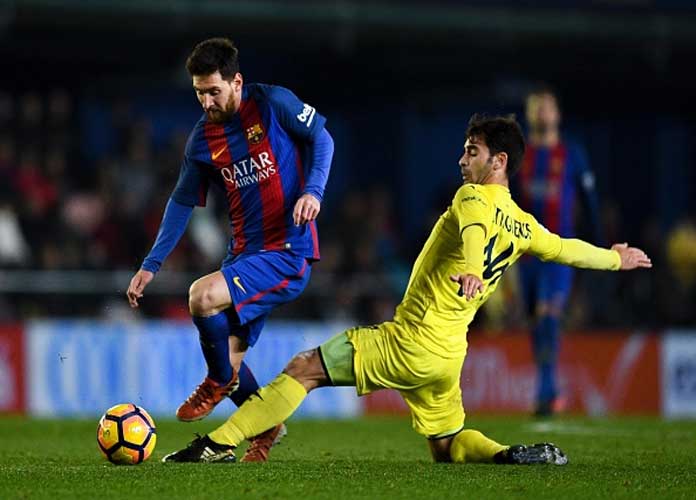 Athletico Bilbao defeated the Catalan club 3-2 to win the cup. In the first half, FC Barcelona forward Antoine Griezmann scored the game’s first goal shortly followed by the equalizer from Athletic Bilbao midfielder Oscar de Marcos. In the second half, Griezmann scored another goal. In the last minutes of the game, Athletic Bilbao striker Asier Villalibre scored to cancel out Griezmann’s second goal and take the game to extra time.

During extra time, Athletic Bilbao forward Inaki Williams scored a wonder goal and the match winner for his side. Afterwards, Messi received a straight red card after he swung his arm and took out Bilbao striker Villalibre. This red card is Messi’s first in his FC Barcelona career.

The game’s referee Gil Manzano claimed in his match report that Messi hit his opponent with “excessive force”.

FC Barcelona head coach Ronald Koeman defended Messi and told the press, “I can understand what Messi did. I don’t know how many times they fouled him, and it’s normal to react when they keep trying to foul you as a player who is looking to dribble with the ball, but I need to see it again properly.”

Messi was doubtful for this game due to an injury he sustained. He did not play the semi final game against Real Sociedad, which the Catalan club won. In the last minute, he was included in the starting XI.

Messi will miss two games with FC Barcelona, which includes a Copa Del Rey game against Cornella and a La Liga game against Elche. The Barca legend was also fined 600 Euros for his actions.